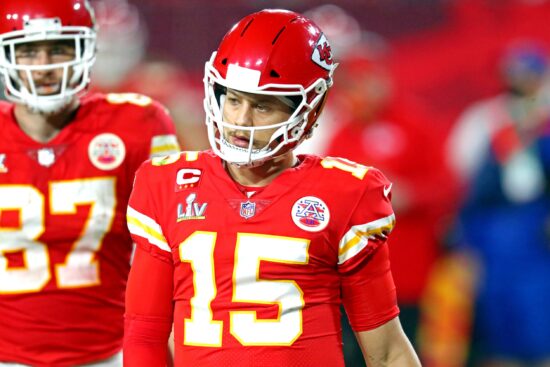 There are eight divisions in the NFL, and each one carries a certain dose of excitement. In this article, we will run through the four from the AFC Conference and present the favorites for winning the same.

The Bills Mafia is in the house, and it is here to stay for a while. With Josh Allen and a very talented squad, the franchise from Buffalo is the top favorite for winning the AFC East with the odds at -110 for that.

The Miami Dolphins and the New England Patriots have the same prospects, +350, while the sorry New York Jets, who are still in a rebuild, are at +2500. The Pats are an enigma here, as they still have an elite defense, but their offensive struggles might be a limiting factor.

Arguably the most interesting division in the entire NFL. Three teams can win this assembly, and on each occasion, we wouldn’t be surprised. The Baltimore Ravens are the no.1 favorites with +105, while the surging Cleveland Browns come next at +160. The Pittsburgh Steelers, who had an amazing start of the previous year reaching 11 straight wins, are at +400

The only ones outside the battle for the top of the division are the Cincinnati Bengals with +2500.

We give a slight edge to the Browns here, who are looking very, very good since Kevin Stefanski took over the wheel last year. Their offense is arguably the best-balanced league with two elite running backs and an exceptional receiving corps.

With Julio Jones coming to Nashville, the Tennessee Titans have become a legit Super Bowl contender. Apart from that, this transfer has made them the biggest favorites for winning the AFC South division, -110. They and the Indianapolis Colts are both playoff teams, and we will witness a big battle for the top of the division between these two sides.

The Colts now Carson Wentz as the new quarterback, and they hope that one of the best O-lines in the league could revive his career. Indianapolis to clinch the division is +120.

Trevor Lawrence and the Jacksonville Jaguars are +800 to finish on top here, while Houston Texans sit last at +2800. With or without Deshaun Watson, they are the weakest team in the division right now.

Despite having Julio and Derrick Henry, we are going with the Colts here because they have a better defense than the Titans. Also, we are yet to see what kind of chemistry comes up between Julio and the rest of the locker room.

This will be by far the most interesting assembly for watching in the entire AFC. Yes, the Chiefs are absolute favorites to win the division once again -300, but their clashes against the rising LA Chargers and the Raiders will for sure be spectacular.

Justin Herbert had a wonderful rookie season, and we expect to see him continue in the same manner. The Chargers are +500 to win the AFC West, ahead of the Broncos +550, and the Las Vegas Raiders, who are far behind, +1500. It is a pity for the Broncos not to have a better QB, because the remaining part of their team is pretty good, and if they, hypothetically, landed Aaron Rodgers, they would be a Super Bowl contender.