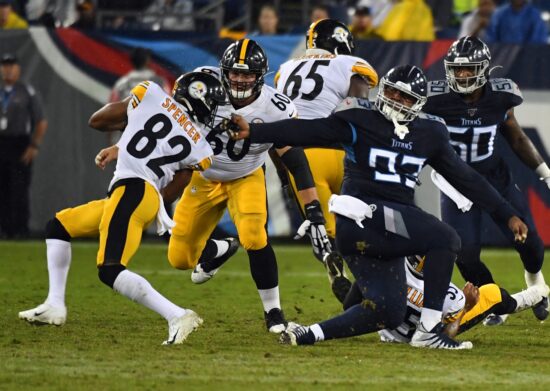 With less than 50 days remaining before the start of the 2021 season, the NFL wants to boost its COVID-19 vaccination rates. Even though the league will not make it mandatory for the players to get vaccinated, the NFL officials are planning to do all they can to encourage everyone to take the jab.

The league’s latest plan was announced on Thursday, when a memo was sent to all the 32 teams, explaining that if an outbreak among unvaccinated players causes an “unresolvable disruption” in the schedule, they could end up without game checks.

Further, the new rules say that the team whose unvaccinated players have caused an outbreak would be required to forfeit the game. To prevent such a scenario from happening, the NFL is planning to introduce severe protocols for unvaccinated players, including daily COVID-19 testing, certain travel restrictions, mandatory face masks, and so on.

COVID-19 Outbreaks Among Unvaccinated Players to Lead to Game Forfeits

The NFL revealed that unlike in 2020, the 2021 games will not be rescheduled if an outbreak happens. As per the league’s announcement, the team whose unvaccinated players cause the cancellation of a game is to take full blame.

The team with the outbreak will have to forfeit the game and take a loss. Further, the team will also be responsible for the loss of revenue that would have come from the game.

Another important bit is that the team responsible for the game cancellation will not get an advantage in the draft order. Instead, the team’s draft position would be based only on the games it did play in the regular season.

When the NFL launched its first wave of COVID-19 vaccination incentives, Cole Beasley of the Buffalo Bills was the only one to react (in a bad way). The wide receiver threatened an early retirement if he was going to be forced to take the jab.

After the announcement on Thursday, more of his colleagues have come out and voiced their displeasure. Another wide receiver, DeAndre Hopkins (Arizona Cardinals) spoke about quitting the NFL for the league’s vaccination rules.

“Never thought I would say this. But being put in a position to hurt my team because I don’t want to partake in the vaccine is making me question my future in the NFL,”

Hopkins tweeted this soon after the NFL made its announcement but then decided to delete the tweet.

The Seahawks cornerback DJ Reed also expressed his doubts about the vaccine, while also revealing he did receive it, citing team play as the reason for his decision.

Dallas Cowboys running back Zeke Elliott said something similar. The 26-year-old said he got the vaccine in order to “be out there for my team week in and week out.”

Jon Greenard, a linebacker for the Houston Texans, was the most adamant in his support for the COVID-19 vaccination, sharing his personal experience with the disease with his followers on Twitter.

Outside of the world of football, comments came from Dr. Anthony Fauci. President Biden’s Chief Medical Advisor told CBS he believes the NFL is sending a powerful message about the importance of immunization to the entire world, not just the players.

“The NFL is sending a very strong signal that it’s very important to get vaccinated,”