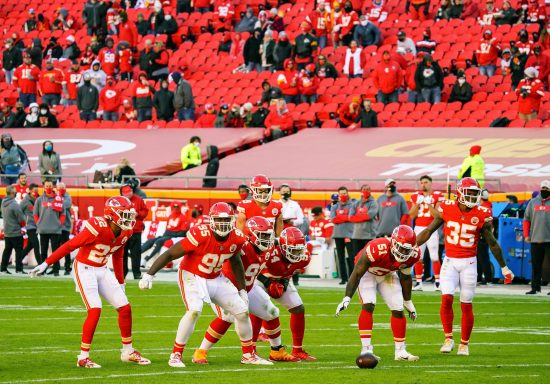 The Cleveland Browns are after another upset, only this time, they will need to defeat the reigning Super Bowl champions, the Kansas City Chiefs. Kevin Stefanski’s boys blew away the Steelers at Heinz Field, even though their head coach wasn’t with them due to COVID-19 protocols.

If by any chance, they repeat the performance from Pittsburgh, we’ll have one hell of a game at the Arrowhead Stadium on Sunday night.

Not only is the longest playoff drought over, but the Browns managed to win during the postseason for the first time since 1994, and record the first road win in the playoffs after 1969. All this created madness in Cleveland, where the fans went wild after Sunday’s game against Pittsburgh.

To see Big Ben intercepted twice in the first quarter, while also scoring four touchdowns on the other end is something remarkable. What emphasizes this achievement is the fact that the Steelers had the best defense during the regular part of the season.

Yet, Nick Chubb and Kareem Hunt didn’t mind too much about this, with them contributing with three touchdowns, Hunt’s two on the ground and Chubb’s one receiving. The latter posted 145 yards from the scrimmage. Oh, not to forget, four different Browns’ defenders had one pick each.

Champions Ahead of Their First Test

Only two losses during 16 regular-season games are telling enough about Chiefs. Just to add, that the second loss came in Week 17 against the Chargers once KC already secured the best score in the entire league.

So what can we tell you about the Chiefs that you already didn’t know? They have the best player in the league, Patrick Mahomes, who didn’t have some incredibly high stats like before, but still managed to be among the best in the league in all the categories. He was second in passing yards with 4,740 yards and fourth in TD passes with 38.

It was easy for the 2018 NFL MVP to achieve all that when he had two top 10 receivers, Travis Kelce with 1,416 and Tyreek Hill with 1,276 yards received. These two combined for 26 touchdowns, stepping up each time when things got hot.

Browns vs Chiefs Head to Head

The Chiefs have three straight wins against the rivals from Cleveland, with the most recent one coming in 2018 once KC defeated Browns 37-21 at the Arrowhead.

Browns vs Chiefs Pick and Prediction

Fifty-six points are way too low for this matchup. That is the margin for Over/Under set by the bookmakers, and we’ll tell you right away that the Chiefs are going to come out firing on all cylinders on Sunday night.

There won’t be any calculations, nor some tactics, but offense, and just offense. On the other side, the Browns aren’t that gifted defensively, and each of their big wins came after superb offensive performances. They, too, won’t have any other options but to strike hard right from the kick-off.

We deliberately didn’t want to mention the Chiefs’ win, because the profit for that is way to low. Instead, it would be smart to use the fact that we have two extremely offensive-minded teams here.

Our Pick: Over 56 points