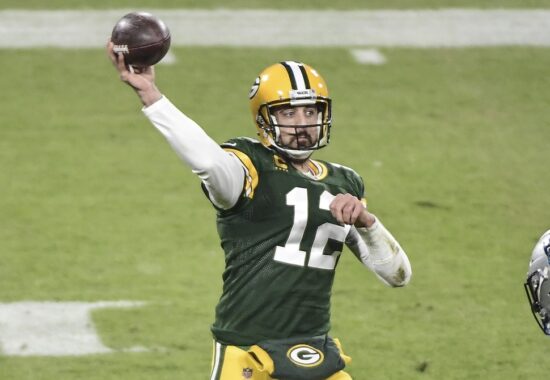 The best defense in the league arrives at Green Bay, searching for another upset. The Rams are pumped up after defeating the Seattle Seahawks, and they aim to shock the Packers, who are hoping to see Wisconsin’s harsh weather helping them a little bit.

We all know that Jared Goff never loved playing in breezy conditions. However, without David Bakhtiari, the Packs’ O-Line will be under heavy pressure from Aaron Donald and Leonard Floyd. All this indicates a superb match at Lambeau.

Goff is the Key

With Donald and Floyd, plus Jalen Ramsey, the Rams’ defense will always be there to step up in the clutch moments. We are more than sure that the first two will reach Rodgers at least twice, and that whoever gets covered by Ramsey won’t have more than five catches.

But the problem here is Jared Goff. Not only is he inconsistent, but also injured. On top of that, his previous performances in cold weather were pretty pale. He couldn’t pass more than 174 yards, and in three games combined, has one TD toss. All those contests were played with under 40 degrees. The projected temperature in Green Bay will be 23-25 degrees on Sunday night, with solid chances to see the snow.

Goff has a nasty thumb injury, which is an additional problem, and we already saw against the Seahawks that it affects his ability to throw.

Packers’ Offensive Diversity Is an Advantage

Once you have the No.1 team in allowed yards, points and touchdown passes across the field, you need to be very creative in order to reach a win. We don’t question both Rodgers’ and LaFleur’s vision, but still, without Bakhtiari, things aren’t the same.

That is why Rodgers needs to receive some extra help from his teammates, especially Jamaal Adams and Aaron Jones, two running backs who can breach any defense in the league. The first averages 5.5 yards per carrying, while Jones gets 4.2, and is also very thankful when it comes to catching the pass.

More than ever, the Packs need Za’Darius Smith to reach Goff early on and kill his morale with a strong hit. With 12.5 sacks this year, he is one of the best LBs in the entire NFL, and he needs to provide some defensive balance in this match.

Rams vs Packers Head to Head

The previous clash between these teams was in LA, and the Rams won it narrowly, 29-27.

Rams vs Packers Pick and Prediction

Green Bay is a 7-point favorite. Even though they should cover that spread without any problems, it won’t be our suggestion in this article. After closely examining all the factors and circumstances, under 46 points is even safer than seeing the Packs covering the spread.

After all said about Goff’s struggles, the weather, and the respective defenses, it would be unwise to predict anything else. Even the field-goal attempts will be problematic, particularly if we see some wind or snow. Therefore, under 46 points.