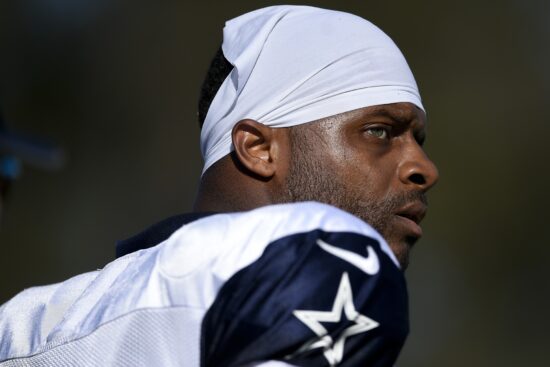 Last season’s MVP, Aaron Rodgers is back at Green Bay for at least another season. Even though the Packers have apparently agreed to a long list of conditions set by the 37-year-old quarterback, the fact is that Rodgers isn’t happy at Lambeau Field. To make him feel better, the Packers are reportedly working on bringing back one of his favorite wide receivers, Randall Cobb.

Rumor has it that Rodgers has suggested he’d return to the Wisconsin franchise if he was going to be joined by his former teammate. Cobb currently has two years remaining on his contract with the Houston Texans, a team he joined in 2020 after leaving the Dallas Texans. Before moving to the Lone Star State, Cobb spent eight years at Green Bay.

The return of Randall Cobb would not only mean smoothing things out with Rodgers; it would also mean making the Packers’ offense even more deadly. Although he’s turning 31 in August, Cobb is still regarded as one of the finest wide receivers in the league.

The key to the Packers’ success in 2021 seems to lie in keeping Aaron Rodgers happy. Not only is he their best player, but his dissatisfaction could cause a domino effect, making other players from the Green Bay roster unhappy too. Just think of Davante Adams and his ‘The Last Dance’ posts!

To make Rodgers satisfied, the Packers have already agreed to a set of conditions, one of which would allow the quarterback to leave Green Bay in 2022. Such a scenario, however, could be avoided if the Packers manage to create a suitable environment for their star player. According to recent reports, they’re planning to do so by bringing in his favorite target – Randal Cobb.

Cobb would definitely fit in perfectly in the team he was a part of from 2011 to 2018. During that period, we saw Cobb catching almost 500 balls from Rodgers, earning himself a Pro Bowl invite in 2014.

The biggest obstacle on the road of Cobb’s trade back to Green Bay is the money. The contract Cobb has with his current team is meant to keep him in Houston for another two years. Cobb’s guaranteed $8.25 million could pose a challenge for the Packers’ cap.

Another problem might be that the Texans would like him to stay put. The thing is that despite arriving as a major acquisition in 2020, Cobb hasn’t done much. He started only two games last season, struggling with a toe injury for weeks.

A week ago, the moneyline odds on the Green Bay Packers beating the New Orleans Saints in Week 1 were as long as +109. With the news of Aaron Rodgers landing in Green Bay, the odds moved in the Packers’ favor. Right now, the Green and Gold are the favorites to win their first game of the 2021 season. The odds on such a scenario are set to -147.

With Rodgers back in Wisconsin, oddsmakers have changed their opinion on Green Bay’s Super Bowl chances. At some online sportsbooks, the Packers are now sharing the #3 place in the list of the Vince Lombardi Trophy favorites (with four other teams) at +1200.

Green Bay is also among the top candidates for winning the NFC (+750). They’re also favored to win the NFC North (-132). The Packers’ regular-season win margin is set to 11 games.

When it comes to the Aaron Rodgers odds, MyBookie.ag is giving +800 on the three-time regular-season MVP to add the fourth award to his collection.