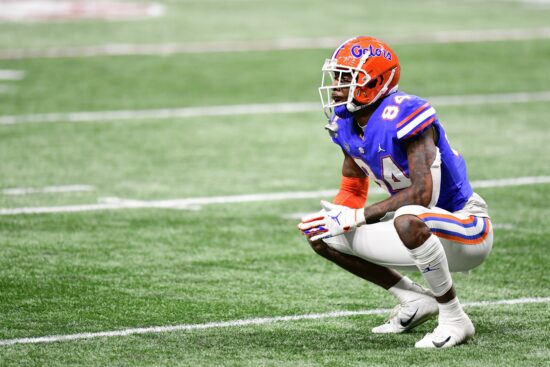 When we think of the best players in any NFL Draft class, most of them will be found at positions like quarterback, running back, wide receiver, even defensive line. This year, the best player in the class comes from a position that many top picks do not come from. Only four have been chosen in the first round within the previous five drafts combined:

The answer is a tight end with the best player in the 2021 draft class is Kyle Pitts of Florida. It is not a conjecture that I hold all on my own. Daniel Jeremiah of NFL Network back in March made that case:

“If you were going to pick the player most likely to have (a) HOF career in this draft class, I think the overwhelming choice around the NFL would be Kyle Pitts.”

Why the high praise? At 6’5” 245 lbs., Pitts is a tight end who could easily be mistaken for a wide receiver. He is an astonishingly gifted pass-catcher who is quick, flexible, and pass-catching comes second nature to him. Also, Pitts can release off the line into pass routes immediately and stretch out to make the catch away from his body frame, and eyes the football into his gifted hands.

Like some of the top receivers in the NFL, he follows the ball as it travels in the air, exhibits exceptional timing, and typically pulls off an unfathomable grab. Pitts possesses the ability to go vertical, modifies, and scales above cornerbacks and safeties to win the battle with the tough catch. Lastly, Pitts demonstrates elite-level focus as well as centering himself.

When you look at the best tight ends currently playing in the league like Travis Kelce, George Kittle, Darren Waller, or Rob Gronkowski, they can change the game with their playability. In the 2020 season, Pitts was tied for third in the nation and second in SEC with 12 receiving touchdowns.

One of the biggest questions in this draft is where will this 2020 Consensus All-American and John Mackey Award (nation’s best tight end) be drafted. There are several teams in the mix like the Atlanta Falcons, who currently hold the 4th overall pick. If they pass on him, expect teams like the Bengals at the 5th pick to look at him and teams like the Cowboys or Eagles to trade up for him.

One thing is for sure, Kyle Pitts is a cannot-miss player. If you are not in the market for a quarterback, go after a future All-Pro whose upside is bigger than the Swamp he roamed in Gainesville.