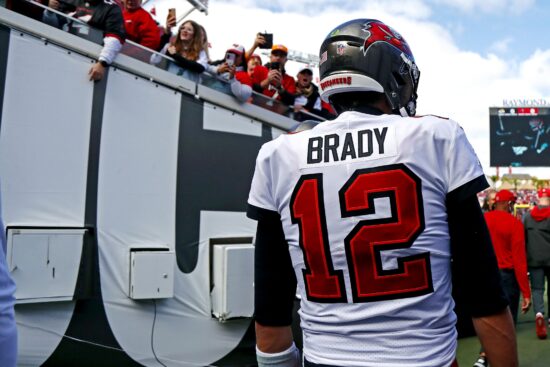 Both the Buccs and the Colts lost both of their preseason games, but that isn’t concerning at all. These two sides don’t mind “friendly” games and have different ambitions and plans for this year. For Tampa Bay, that is another Super Bowl title, while the Colts hope to reach the playoffs and then make some noise in the postseason.

Also, this game is a reunion of two QBs who know one another very well. Of course, Matt Ryan doesn’t have some nice memories once he sees Brady, due to Super Bowl LI.

We haven’t seen Tom Brady for a while. And to be honest, we are glad that one of the best athletes ever decided to stay in the NFL for one more year. He retired but then decided to get back, and the game in Indianapolis will be his first following that roller coaster.

Head coach Todd Bowles wants to see his shape and overload the receivers. We think that Brady’s main target in this one will be the newcomer from the Titans, and one of the best WRs in the last two decades, Julio Jones, who could have a very important role this season.

Russel Gage, the other target who landed from the Falcons, is injured and won’t be in the mix for Saturday’s event. The Buccaneers scored only three points against the Titans, with a terrible offensive display, and that’s something Bowles wants to erase ASAP.

One of the best players in the league over the last two years, RB, Jonathan Taylor won’t be playing on Saturday according to the latest sources. The team prioritizes his health for Week 1, and they won’t risk anything during the preseason.

However, Reich announced that he plans to put in all the other starters for half the game and that he wants to see them 100% focused on the field. Tampa Bay’s defense will be the welcoming group for the former NFL MVP, Matt Ryan, on his debut for the Colts.

The Colts lost both of their preseason games, but as said that is not concerning them. Reich wanted to see if some players among the backups could be useful during the campaign, and he sacrificed everything to do that.

The Buccaneers will win this one solely because Taylor isn’t available for the hosts. He is their playmaker and the best player, and his absence would be a big blow for Reich and the boys. Therefore the Bucs win. As for the prop pick, we would try Julio Jones to catch at least one TD pass.