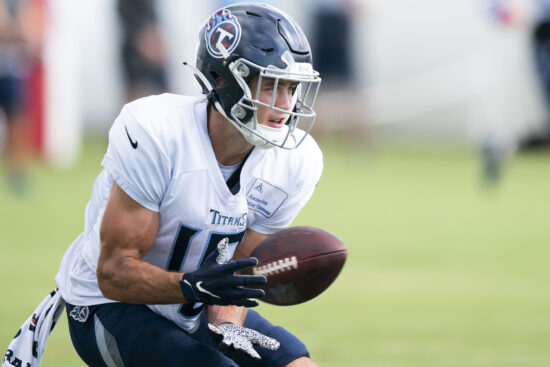 If you’re in search of some NFL Las Vegas picks, look no further. In this article, we’re going to be previewing the Buccaneers’ pre-season match against the Titans on August 20.

The Bucs and the Titans are developing friendly relations, as they meet in the preseason and have joint practice sessions on Wednesday and Thursday. This is a nice example of how two rivals can get along even though they have the same object: to win the NFL Super Bowl.

The Titans are still dreaming about going all the way, while on the other side, the Bucs with Brady are among the top three contenders for taking another ring and definitely becoming an immortal generation.

Tom Brady won’t be present in Tennessee as he isn’t at Bowles’ disposal over the next week. The seven-time NFL champion is expected to come back after the game in Nashville, but that won’t be too big of a problem for Bowles.

Youngster Kyle Trask was good against the Dolphins, despite the Bucs losing that one, 26-24. He threw 258 passing yards for a TD and a pick, fumbling the ball once and suffering two sacks. Yet overall, Trask looked well, and we can say already that the Bucs have a replacement for Brady. Blaine Gabbert completed all of his five passes for 56 yards and a TD.

Tampa Bay was excellent vs. Miami, only they lacked focus in certain situations, and the Dolphins used that. They were better in all the aspects of play, and we can say that Bowles saw a lot of good things here.

With all due respect, Ryan Tannehill isn’t an elite QB. In our opinion, he isn’t among the top ten in the NFL and we’ve often seen him losing games for this franchise. What is even worse for the Titans are his backups.

Malik Willis and Logan Woodside combined for 209 passing yards against the Ravens, didn’t have a touchdown, and threw two picks, both Woodsides. In the end, the Ravens rolled over the Titans, 23-10, exposing their troubles in one ruthless way.

We should see Tannehill and Henry in this one for at least a few snaps, and that will significantly improve the Titans’ performance. Yet the concern stays, as the fans know that the QB position and the depth in the same is a huge liability.

We are going with the Titans here because Bowles won’t put in his best team. Brady is gone, a couple of his top players have minor injuries, and on top of everything, some guys are amazed against the Dolphins and the Bucs’ head coach wants to see them again and give them enough time on the field. Meanwhile, Vrable will slowly put in his stars which is why we expect the hosts’ victory.