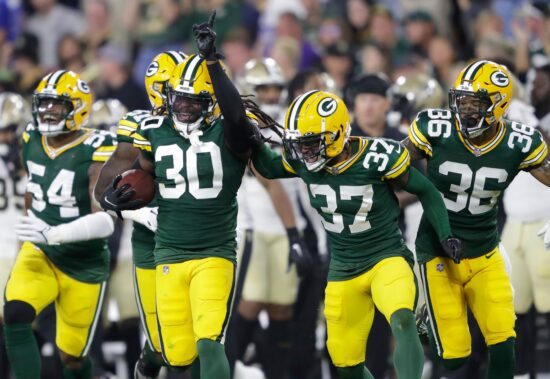 If you’re looking for some pre-season NFL Las Vegas picks, you’ve come to the right place!

Aaron Rodgers and Patrick Mahomes should deliver an exciting gunslinging show at the Arrowhead on Thursday night. The entire country will watch arguably two of the best quarterbacks in the league compete and finalize their preparations before the start of the regular part of the campaign.

We don’t need to tell you about the ambitions these two franchises have. They did suffer heavy losses during the free agency, yet that didn’t change the fact that anything less than Super Bowl is a bust for either side.

No quarterback in the league wants to see his first passing option traded to another team. Especially if that particular receiver is the best in the league, and Adams is the best WR in the NFL, like it or not.

So, Rodgers now has to do what he did so many times before, which is to develop a receiver for himself, only now he doesn’t have much time. The back-to-back reigning NFL MVP is limited, and if the Packs want to win the Super Bowl, he has to do wonders.

The negative thing for the Packs before this event is Christian Watson’s injury. The young rookie who should have a significant role in the Packers’ offense is questionable, and Matt LeFleur won’t risk anything by putting him on the field. Apart from Watson, another WR, Danny Davis, is out as well.

Tyreek Hill was Mahomes biggest weapon in the past. Many argue about that, but we really believe that the speedy receiver opened the field and stretched the defense like no other player in the league, which allowed Mahomes to post some unreal numbers and plays.

Now, the Chiefs don’t have Hill anymore, and as a replacement, JuJu Smith-Schuster arrived. These two guys aren’t the same type of players, and with all due respect, Hill’s impact on the game and the rival is much greater, no disrespect to JuJu.

We now have to see Mahomes’ reaction. He was looking great against the Commanders in a 24-14 win, not having the slightest mistake. The game against the Packs doesn’t have any competitive meaning but might give us a hint on where he stands at the moment.

This should be a nice, offensive-minded event between two of the most dominant passers in the NFL, and we don’t believe the defenses would go 100%. There is a tendency among the officials to protect the QBs in the preseason, and any rigid approach by the defenders would be penalized. That’s why we believe the best pick here would be over 36.5 points. Without some big pressure upon themselves, Mahomes and Rogers are going to be efficient.