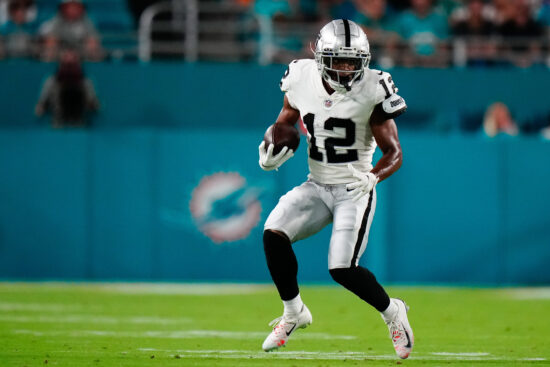 As preseason draws to a close and the new season fast approaches, we are going to continue our NFL Las Vegas picks by previewing the Patriots’ upcoming game against the Raiders.

Josh McDaniels will meet his old team as his Raiders take on the Patriots on Friday night in Las Vegas. There won’t be too much emotion between him and Bill Belichick because these two guys set aside personal relationships once getting out on the field. Especially Belichick, who is in this business for almost five decades.

On the other hand, we and the fans hope to see the Carr-Adams connection for the first time. A lot is expected from these two guys. While the more realistic fans mention a win in the playoffs, others want to see the Super Bowl landing in Nevada.

In short, this is the only thing that matters for the Pats right now. Why? Well, for the first time in the last couple of years, we’ve got the impression that the Pats failed to add significant players during the free agency. This is just an impression, not a claim because we can’t be sure about anything when it comes to Bill Belichick.

Jones was looking OK against the Panthers, in a game that ended with the Patriots’ 20-10 victory. He was 4/8 for 61 yards, while Bailey Zappe ended the night with 173 yards and one pick.

The defense shut down the Panthers, allowing 10 points, picking PJ Walker twice, and allowing 192 in total. Many suggest that the Patriots didn’t refresh this part of the team, but we will see that throughout the campaign.

Pairing up Carr and Adams is one of few mega moves that happened in the last few years. Some say this duo has the potential to be like Brady and Moss, but we won’t be that optimistic for the moment. Let’s just say that they could be the best QB-WR pair this year.

McDaniels will probably use them against the Pats and their solid defense to let them feel the field and create chemistry against a respectable rival.

Daniels also wants to see Hunter Renfrow in the new circumstances, because the Raiders’ WR indicated superstar potential and is one of the most underrated receivers in the league right now. He too, could benefit from Adams and become an even better player.

The Raiders have too much of offensive options and play at home, which is why we bet on their victory here. In general, we are always leaning on the hosts’ side in the preseason, which will be the case in this situation too. With Carr, Adams, and Renfrow, the Raiders are in a much better position and we have to go with them triumphing.