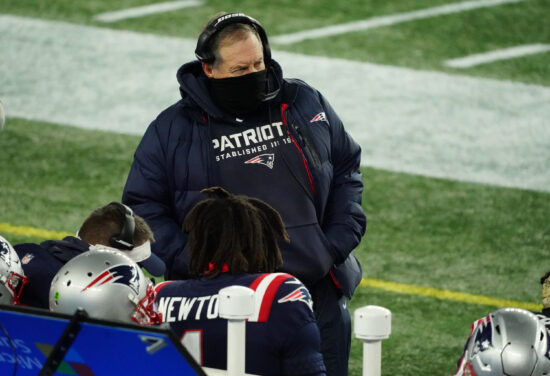 While the jury has been out for years on EA Sports when it comes to the quality of their games in terms of the gameplay itself, they do tend to stand out from competitors in the sports world by buying up all the licenses and making the players look as lifelike as possible.

That’s especially true for the NFL as they have an exclusive right to make the game which eliminated any possibility of a competitor, and they go into every new edition with all the real players and coaches – including the rookies from the 2021 Draft.

Every year there is one notable exception to that, and it’s New England Patriots Head Coach Bill Belichick.

Why Isn’t Bill Belichick in Madden?

It’s a question that seems to be asked every year as Pats fans need to either make their own HC or battle through the fictitious Griffin Murphy when playing Franchise Mode.

It’s a question that gets even more interesting when you realise that this wasn’t always the case either:

One of the main problems of getting to the bottom of this is that it’s Bill Belichick so you know that any attempt to get an answer is futile, and he even responded in a press conference a few years ago to suggest that it’s a question for John Madden as it’s his game.

The main answer to this appears to come down to the licensing as EA have a deal with the NFL Coaches’ Association to use their likenesses in the game, but it seems Belichick isn’t actually part of the association and it’s believed that he’s the only NFL HC who isn’t.

You can absolutely believe that Belichick couldn’t give two hoots about appearing in the game or the annual circus that goes on with it when he’s trying to prepare for the upcoming season.

Vegas Odds have reached out to the Patriots to find out if there’s an official explanation for this, and we were told:

“There is a coaches association that he is not a part of, therefore he is not licensed for the game.”