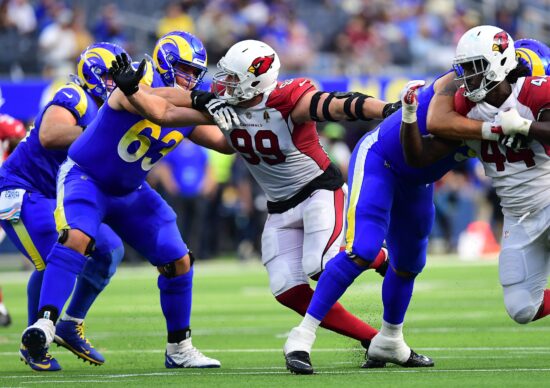 The NFC West will see a second straight week of division contests take place in Week 5. After the Los Angeles Rams and Seattle Seahawks played on Thursday, the San Francisco 49ers and Arizona Cardinals will take center stage. And with the 49ers dealing with an injury at the quarterback position, the Cardinals will have a great shot at extending their perfect start to the season to five straight games.

Last week, the San Francisco 49ers suffered their second straight loss, dropping to 2-2 on the season after losing to the Seattle Seahawks. And things are not going to get easier for the 49ers, as they face the league’s only undefeated team on the season. And making things more difficult is the fact that the 49ers are going to be starting a rookie quarterback thanks to an untimely injury.

Jimmy Garoppoplo is going to sit out this game for the 49ers after he suffered an injury last week against Seattle. That means that Trey Lance will be the starting quarterback this week for the Niners. And Lance will be tasked with playing in his first full game against the 4-0 Cardinals, which will be a great opportunity for Lance to prove that he can play against the best this league has to offer.

Arizona was one of the most impressive teams in the NFL last week, as they earned a statement win over the Los Angeles Rams on the road. Arizona’s offense was the story once again in that game, as Kyler Murray paced the Cardinals and set up their fourth win in as many tries. This week, the Cardinals will have to avoid falling in what has become a trap game against a backup quarterback.

So far this season, the Arizona Cardinals have a +55 point differential, which ranks second in the NFL through four weeks behind the Buffalo Bills. For the Cardinals to improve on that number, they will have to stop the run better than they have so far this year. The Cardinals allow the second-most yards per rush attempt to opponents this season, with only the Kansas City Chiefs allowing more yards per carry.

Even with the Cardinals struggling to stop the run so far this season, the quarterback situation of the Niners makes the Cardinals the right bet in this situation.

Kyler Murray and the Cardinals’ offense will continue to roll, while Arizona will keep getting stops against Trey Lance and a banged-up 49ers offense. Arizona will move to 5-0 and cover the point spread in the process.