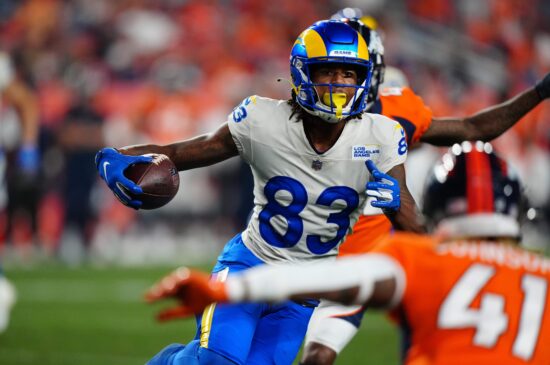 The Chicago Bears and Los Angeles Rams were both playoff teams in the 2020 NFL season and are hoping to get back there in 2021. But both teams have made quarterback changes this season, signaling their ambition not just to get back to the playoffs but to go further once they get there. In this Sunday Night Football showdown, the Bears and Rams both look to get their new signal-callers accustomed to game action with their new teams.

Bears Relying on Dalton and Defense

The defense has been the calling card for the Chicago Bears in recent seasons, with Chicago relying heavily on its pass rush and ability to keep opponents out of the end zone. This year, they are hoping to get more out of their offense, though, with Andy Dalton tasked with leading them to start the season. Dalton, who spent last year on the field as Dak Prescott’s injury replacement, will have to hit the ground running against a stout Rams defense.

Dalton is more of a placeholder quarterback for the Bears than anything else, as he is being asked to keep the team competitive while helping Justin Fields get ready to take over as the starter in the future. In this game, Dalton is likely to face pressure from the Rams’ pass rush. He will need to avoid committing turnovers above everything else, as punting the football and flipping the field could be fine in a game that may be low-scoring in nature.

The Los Angeles Rams have been legitimate Super Bowl contenders over the last few years but have fallen short in the playoffs. This year, the Rams made a big offseason splash in acquiring Matthew Stafford in hopes that they can get over the hump. In Stafford’s first start with the Rams, he faces a foe he was familiar with from his time with the Detroit Lions, as he will have to be wary of the Chicago pass rush.

There are high expectations for the Rams this season, but expectations should be tempered for this season’s opener against the Bears. Stafford will be playing his first game in a new system after spending many years with the Lions. While this should pay dividends for Stafford in the long run, growing pains are not to be ruled out as the Rams look to get him up to speed with their plan of attack.

The Los Angeles Rams should come out and win this game at home over the Chicago Bears. But the Rams are not the best bet on the board for this contest. Instead, the under should be what bettors are looking at in this game, as both teams have failed to combine for over 35 points in each of their last three meetings dating back to the 2018 season.