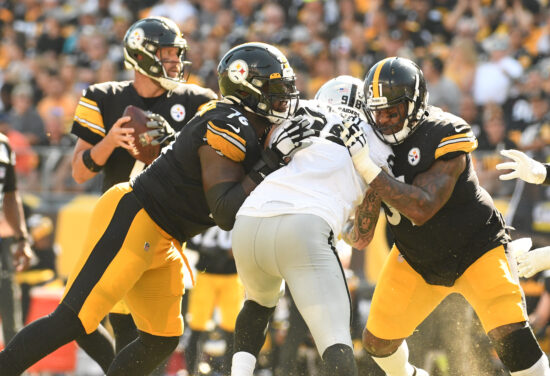 Joe Burrows and the Cincinnati Bengals travel to Pittsburgh to take on their rival, the Steelers Sunday afternoon. Both teams are playing their first division game, as the Bengals have played the Vikings, who they defeated in overtime, and the Bears who they lost to by three points. The Steelers, on the other hand, traveled to Buffalo in week one and defeated the Bills, then took on the Raiders at home, and lost by nine.

How Will Burrows Fare In His Sophmore Season

Joe Burrows and the Bengals have been averaging so far this season 22 points per game. They are doing that by putting up 343 total yards, 234 of those yards coming via the pass, and 109 of those yards coming via the pass. Burrows himself has completed 39 of 57 passes for 468 yards and four touchdown passes. The issue with Burrows early this season is the fact that he has thrown the ball to the opposition three times, and has an issue staying upright, being sacked ten times. Joe Mixon helps to take some of the load off of Burrows, rushing for 196 yards on 49 attempts and one touchdown. Burrows clearly has two favorite targets, with both catching two touchdown passes so far this season. Ja’Marr Chase has seven receptions for 155 yards and Tee Higgins has ten receptions for 118 yards.

The Bengals defense is giving up 22 points per game. They are allowing, on average, 239 passing yards and 95 rushing yards, for a total of 334 yards per game. The Bengals have gotten to the opposition a total of six times, with five different players recording a sack. A defensive end, Sam Hubbard has 0.5 sacks, and fellow defensive end, Trey Hendrickson has 1.5 sacks. Defensive tackles have recorded the remaining four sacks with Larry Ogunjobi having one sack, DJ Reader recording one sack, and BJ Hill recording two sacks. On top of the sacks, the Bengals linebacker, Logan Wilson, has recorded the team’s only interception this season.

Will The Injury Bug Hinder Pittsburghs Chance of Winning?

Ben Roethlisberger and the Pittsburgh Steelers are averaging 20 points per game on 241.5 passing yards and only 57 rushing yards. Roethlisberger has completed 45 of 72 passing attempts for 483 yards and two touchdowns. Roethlisberger has also thrown one interception and has been sacked four times. Najee Harris is the Steelers leading rusher, with 83 yards on 26 attempts. Harris has also caught one of the two passing touchdowns for the Steelers this season, with only six receptions and 47 yards. The other reciever that has caught a touchdown pass is Diontae Johnson, who has 141 receiving yards on 14 receptions.

The Steelers defense, being known as the Steel Curtain, has been anything but that so far this season. They have been more of a bend but don’t break mentality, only allowing 21 points per game. Those 21 points have been hard faught, with the defense allowing 326 passing yards per game and 84.5 rushing yards per game. The Steelers’ defense has recorded five sacks this season. One sack has come from a defensive tackle, Cameron Heyward, one has come from a linebacker, Melvin Ingram III, and three have come from a linebacker TJ Watt. Watt, unfortunately, is questionable for Sunday’s game with a groin injury. The Steelers have not recorded an interception yet this season.

The Steelers are dealing with some injuries that will affect the outcome of this game, especially if TJ Watt cant go. I’m looking for a lot of offense, but not a lot of points on the board. Both these teams seem to be allowing teams the run up and down the field, but keeping the points low when push comes to shove. I’m looking at an upset in this game, with the Bengals coming out on top.