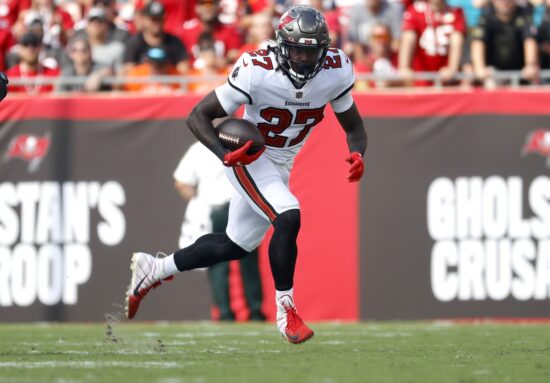 The Eagles’ defense played a great game this past Sunday, holding the Carolina offense to under 20 points for only the second time this season.

After a Week 3 loss, then a Week 4 close victory, there was some immediate skepticism about the Buccaneers’ offense. The defending Super Bowl Champions just looked like they were struggling to get on the same page.

The offense has all the necessary weapons to be elite, but it was not until the second quarter of the Dolphins game, did they look to be as dominant as they should be.

Tom Brady was unstoppable this weekend, completing 30 of 41 passes for 411 yards and five touchdowns. Brady was able to spread the wealth as well, completing passes to eight different targets. Antonio Brown and Mike Evans reaped the rewards, each catching over five passes for over 100 yards and two touchdowns.

The Tampa Bay defense, which had struggled against the pass so far this season, was able to hold the Dolphins to just 275 passing yards. The front line was dominant again, allowing just 39 rushing yards. The line will be tested this week, taking on Philadelphia, as they average over 100 yards rushing a game.

Consistency out of Philadelphia

The Eagles were losing at the end of the first quarter and at halftime. In fact, the Eagles did not take their first lead until the final score of the game, with 2:30 left in the fourth quarter.

Jalen Hurts, quarterback for the Eagles, was able to get the job done on the ground this week. His arm was alright, completing 22 of 37 passes for 198 yards, but he was unable to find the endzone and did throw an interception.

On the ground, Hurts rushed for 30 yards and two touchdowns. Rookie DeVonta Smith had another solid game, hauling in seven receptions out of eight targets for 77 yards.

The Eagles’ defense was the big story of their game Sunday. The Panthers were averaging over 24 points per game coming into Sunday, but the Eagles’ defense stymied them from the get-go. Darius Slay was able to record his first multiple interception game of the season, picking Sam Darnold off twice.

While the Panthers’ offense had been solid, taking on the Tampa Bay Buccaneers offense is a whole other story and will test this defense for four quarters.

Tampa Bay showed off their firepower this weekend. The Eagles were able to hold down the Panthers, but it is very unlikely they will be able to repeat this performance.

The Buccaneers’ defense is coming off a big game as well and will look to get pressure on the young quarterback the whole game.

Expert Pick Against the Spread