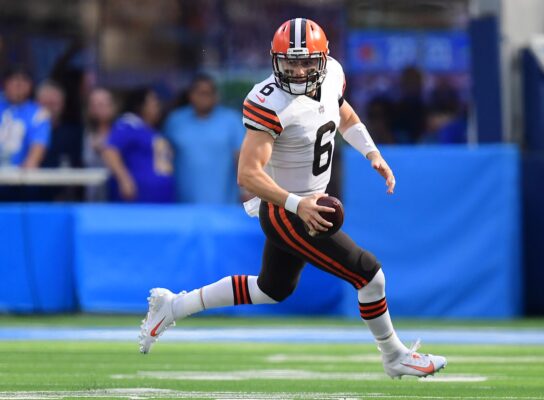 The Arizona Cardinals and Cleveland Browns have been two of the best teams in the NFL so far in the 2021 season. But their game on Sunday may be as much about who is not there than who is there. With injuries and COVID-19 throwing a wrench into the works for both sides coming into this contest, the team that is best able to roll with the punches could come out with a signature win.

Cardinals Without Coach For This Game

The big news in the NFL heading into Sunday’s Week 6 action concerned the impending absence of Cardinals head coach Kliff Kingsbury. It was announced that Kingsbury would miss this game due to COVID-19, which is meaningful for the Cardinals given that Kingsbury is their offensive play-caller. Now, the Cardinals will have to adapt on short notice as they face a formidable Cleveland team.

Fortunately for the Cardinals, they still have Kyler Murray available to play regardless of the status of Kingsbury and the coaching staff. Murray has led the Cardinals to the fourth-best scoring offense in the NFL through five weeks and the league’s last remaining unbeaten record. He will need to be extra special to overcome the loss of his coach along with the opponent in this contest.

Browns Look To Run The Ball

The identity for the Cleveland Browns this season is no mystery, as it is their goal to run the ball early and often to keep the chains moving. So far this year, that has worked well for them, as the Browns are averaging over five yards per carry on the ground. And this week, they will look to exploit a weak Cardinals run defense to keep the ball away from Kyler Murray and the explosive Cardinals offense.

Arizona ranks in the bottom three in the NFL in yards allowed per carry this season, making this a very favorable matchup for the running game of the Browns. Cleveland will have to deal with the loss of starting running back Nick Chubb for this contest. But Kareem Hunt is a more than viable backup option who should be able to step in and continue the Browns’ success at running the football.

Expect the Browns to put an end to the perfect start from the Cardinals and cover the spread as a favorite.