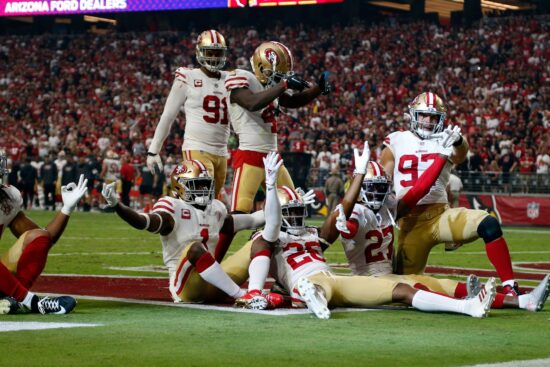 This week the Indianapolis Colts travel to the west coast the take on the San Francisco 49ers. Both teams have struggled so far this season, with both only totaling two wins apiece. The 49ers are looking for their first home victory this season.

The Colts Are Looking To String Together Back To Back Victories

After a 31-3 victory over the Houston Texans last week, the Colts are looking to have back-to-back wins for the first time this season. This is a pretty even matchup when you start breaking down the statistics. The Colts’ offense is averaging 23.2 points per game on 385.2 total yards. Of those 385.2 total yards, 261.7 come via the pass, and 124.2 come via the run. The Colts’ offense is led by their quarterback, Carson Wentz. Wentz has completed 124 of 193 pass attempts for 1,545 yards and nine touchdowns. The opposition has gotten to Wentz a lot this season, with him taking 14 sacks and throwing one interception.

Can The 49ers Secure Their First Home Victory

The San Francisco 49ers have two victories on the season, but none of which have come in front of their home fans. They are looking to change that this week as they host the Colts. The 49ers’ offense is averaging 23.4 points per game on 377.8 total yards per game. Of those 377.8 total yards, 255.8 come via the pass, and 122 come via the run. The 49ers’ offense is led by their quarterback, Jimmy Garoppolo. Garoppolo has completed 78 of 188 pass attempts for only 925 yards and five touchdowns. Garoppolo has been sacked six times and intercepted three times as well.

Both teams are struggling, but I’m looking for the 49ers to come out victorious for the first time against their home crowd this season. Look for this to be a close game though, as the numbers don’t lie, and these two teams are pretty evenly matched.