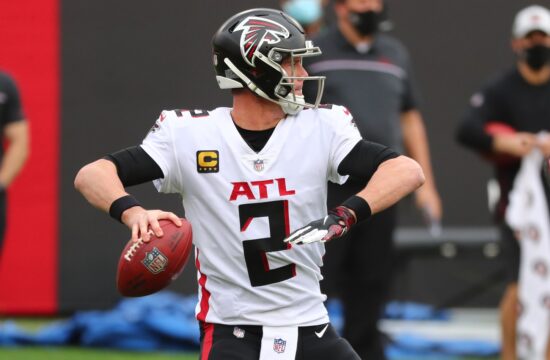 To be honest, just a few guys from our editorial staff expected to see the Falcons having a better score than the Dolphins after the opening five rounds. Miami is in a terrible position, and if something doesn’t happen very fast, this might be one very, very frustrating season for the Fins and their fans.

After traveling to London and posting a win over the New York Jets, the Atlanta Falcons had a bye week. We’ll see if that came in handy for Arthur Smith’s boys or not. With two wins in five games, we can’t say that Atlanta disappointed us. The only result we didn’t expect to see was a 32-6 loss vs. Eagles, but that was the first game of the year, and we can understand it.

Matt Ryan is playing solid football this season. The former MVP QB has 1332 yards thrown, for 10 TDs and three picks. We are more than sure that he would be even better if there was another receiving option in his team.

Though, Kyle Pitts is starting to look like the fourth pick. The young TE posted 119 yards and one score against the Jets. With him in such form and healthy Calvin Ridley and Russell Gage, who had one week to heal their body, the Falcons’ short-term future looks ok.

Tua Tagovailoa might be one of the biggest mistakes in Miami’s recent history. That is at least what the fans are starting to believe right now, but nobody dares to say it. The struggles with the young QB are apparently endless. Whether is that because of injuries or his pale performances, but overall, the Dolphins don’t have a reliable quarterback at this point.

The Fins lost to Jacksonville Jaguars in London and became a laughing stock in the NFL community. The Jags snapped a 20-game losing streak against Miami, leveling with them at the bottom of the NFL rankings.

Miami also has massive problems with injuries because both of their starting cornerbacks, Byron Jones and Xavien Howard, aren’t available for this match. It means that the Fins’ secondary is pretty much crippled.

Falcons vs Dolphins Head to Head

The problems in Miami are getting bigger and bigger, so we don’t believe that they have the strength to resist them, at least at this point. Plus, their CBs are out, which will be a massive advantage for Ryan and his rested receivers. Therefore, the Falcons are closer to victory.