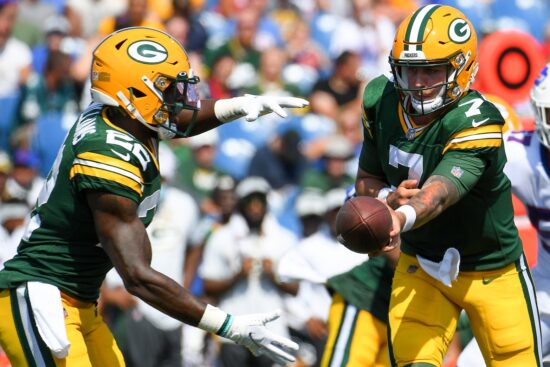 The Green Bay Packers and New Orleans Saints are two teams that could challenge the Tampa Bay Buccaneers for the top spot in the NFC this season. The two teams will face off in unique circumstances to start the 2021 NFL season when they play in a neutral site game in Jacksonville. For both teams, the ability to roll with the punches will be crucial for their chances to win.

New Orleans is one of the toughest places in the NFL to get a win, with teams having to earn every victory they get there. Because of that, the Packers have been handed a golden opportunity to get an easier victory due to the unfortunate relocation of this game due to Hurricane Ida. The question heading into this matchup is whether or not the Packers can take advantage of the relocation.

The offense for the Packers should run more smoothly than it would have in New Orleans, as the Packers won’t have to contend with the same crowd noise as they would have in the Superdome. But the Packers will still have to deal with a Saints defense that was among the best in the league last season. The duo of Aaron Rodgers and Davante Adams will need to be on their game in order to pick up a victory.

Saints With Something to Prove

The New Orleans Saints have a chance to start their season with a win, despite the fact that their season opener has been moved away from their home field. But no matter where this game is held, it is an important one for New Orleans to prove themselves at the beginning of a new era for the franchise. That new era will be led by Jameis Winston, who takes over as the team’s new starting quarterback.

Jameis Winston has been turnover-prone for most of his career. But moving into an offense that is led by better coaching and reports that he had surgery to repair his vision in the offseason have inspired confidence in the new Saints starter. With Winston being better able to throw the ball down the field than Drew Brees was last year, it is possible that the Saints’ offense is much better than it was a year ago.

The defense for the Saints is going to be a difference-maker in this game, as they are well-equipped to at least slow Aaron Rodgers and company down. Combine that with an offense that should have more variety in the passing game in 2021, and the Saints should have a great look at winning this game outright. Expect New Orleans to cover as underdogs over the key number of three.