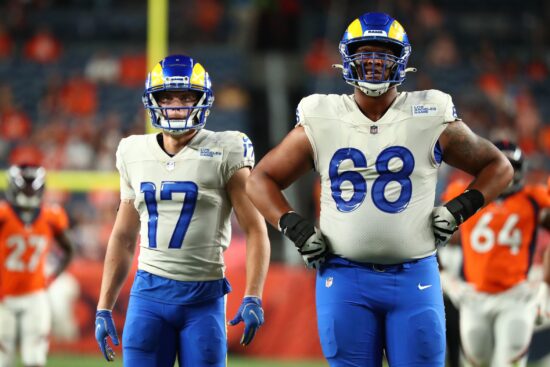 The Rams will have a nice opportunity to post another win in their column. Sean McVay’s side is going to New York to meet the Giants, who are ravaged by injuries and are probably going to appear without two of their top stars against the guests.

Stafford is the Key

Since Matt Stafford landed in LA, things went uphill for the Rams. With Jared Goff as the starting QB, there were times like these, but they usually ended with tons of frustration for the franchise from California. Meanwhile, Stafford looks so comfortable and confident, which is why all the experts believe that these Rams are the best since McVay took over the wheel.

Even though the former Lion had a terrible first part of the match, Stafford managed to fight through the adversity against the Seahawks and smash the rivals in the second half.

His primary target became veteran Robert Woods who eventually ended the game with 150 yards on 12 catches. Overall, the Rams are the second team in the league in passing yards per game, with 310.2 in each event.

QB Daniel Jones will have to clear five tests before receiving the green light to play on Sunday. He is still in the protocol, and the chances for him to play against the Rams are 50-50. Running back star Saquon Barkley is going to skip this one because the Giants don’t want to risk anything and aggravate his ankle injury. After all, he is not 100% ready following his last year’s injury, let alone this one.

WR Kenny Golladay’s status is also unclear, and he too will probably miss the event. All in all, tough times are ahead of head coach Joe Judge, and he could decide to sacrifice this game and rest all the big-time players. Of course, the majority would play, but the significantly lower share of snaps. Why risking, when a victory is so far away.

That would give Judge a chance to mix things up, try something new, and see the capabilities of his backups.

Rams vs Giants Head to Head

The overall score in the series is 28-17 for the Rams, who have two wins in a row. The most recent one was last season in LA, when hosts defeated New York, 17-9.

The guests should win this one without too many problems. Even if the Giants played with the best team, the Rams would still be massive favorites. In this particular situation, when Giants won’t have probably the three best players on offense, there isn’t much to think about.