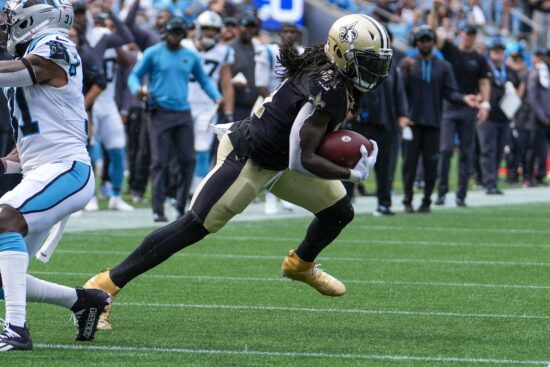 Seattle is in problems without Russell Wilson, and they need to win the upcoming match in order to stay in the playoff hunt. On the other hand, the Saints are playing well, but they, too, aren’t sure for the postseason.

Jameis Winston is slowly erasing his reputation of a gunslinger, and for the moment, his game looks pretty conservative. Winston posted 70 completions so far in just 116 passing attempts, for 892 yards in total. But when looking at the final results – 12 TDs and three picks, we can say that he is super efficient for the moment.

The Saints’ defense also needs to be praised. They allow 18.2 points and only 79 rushing yards, which is the second-best in the league. Their secondary has nine interceptions, and that also need to be mentioned, which is why New Orleans allows so few points.

Alvin Kamara is the focal player of the offense along with Winston, with the strong dual-threat running back posting 368 yards on the ground and 113 through the air, combining for four touchdowns, three of them receiving.

Things couldn’t be worse for the Seahawks, who are without their franchise icon, Russell Wilson, and the starting running back, Chris Carson. Both these guys are placed on the injury list and won’t be available for quite some time.

The only good news is that lineman Darrell Taylor isn’t injured as many believed, following a horrifying scene against the Steelers. Alex Collins, who started instead of Carson and picked up a few hard knocks, should be ready for Monday’s match.

Seattle’s main problem will be Geno Smith. Can he replace Wilson, or be consistent enough to give his team some chances of posting a few wins with him as a starter. We can’t say that he didn’t play well against the Steelers, but in the crucial moments, Smith lost the ball, and the game was over for the Seahawks.

Saints vs Seahawks Head to Head

The series between these two sides is tied at 8 wins all. The last meeting was in 2019 when the Saints defeated Seahawks in Seattle, 33-27.

The guests from New Orleans are in a better situation, and they seem stronger right now. Like it or not, Winston is doing his part of the job correctly, which can’t be said for Smith, who is still adjusting to the new role. To be honest, we don’t know whether he will be able to meet all the requirements at all. So our prediction here is that the Saints are going to post a victory.