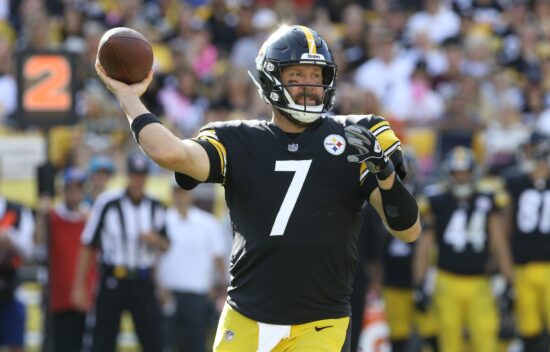 After an injury to Russell Wilson, the Seattle Seahawks had to turn things over to Geno Smith. The Seahawks were outscored 23-10 in the second half to lose by a score of 26-17. The Steelers ended their three-game losing streak by defeating the Broncos 27-19.

Russell Wilson suffered a fracture-dislocation to the middle finger of his throwing hand during Thursday night. On Friday, Wilson had to have his finger surgically repaired, sidelining him for the next few weeks. This is Wilson’s first substantial injury since he was drafted in 2012. The Seahawks will turn to Geno Smith as their quarterback for Week 6.

Geno Smith, who was also drafted in 2012, has not started an NFL game since 2017. He has been a backup since 2015, playing for the Jets, Giants, and Seahawks. Luckily for Smith, the Seahawks have a very talented receiving core in D.K. Metcalf and Tyler Lockett. It will be imperative for the Seahawks that their running back, Alex Collins, finds a way to be effective if they are going to be competitive this week.

Steelers Hope to Have Figured It Out

While the start to the season is not what many of the Pittsburgh Steelers fans assumed it would go, they were able to get back into the win column for Week 5. While the team got the win, they will have to play the rest of their season without their best wide receiver in Juju Smith-Schuster. The wide receiver was on a one-year deal with Pittsburgh this season.

Ben looked comfortable in the pocket last weekend, completing 15 of 25 passes for 253 yards and two touchdowns. The Steelers were finally able to get the running game going with Najee Harris. The rookie was able to breakout and accrue 122 yards on 23 carries and a touchdown.

The Steelers defense was stout all game against a Broncos team that has had some early season success. The secondary was able to get a turnover and hold Bridgewater to under 300 passing yards. The defensive front gave up right around 100 total rushing yards total. Expect this secondary to have another good game with Geno Smith under center for the Seahawks.

There’s a good chance Geno Smith struggles mightily in this game, which is to be expected when he’s that far removed from the role. However, unless that defense makes a 180, they are going to take their lumps for the rest of the year. The Steelers, with home-field advantage, should cover the spread with ease.