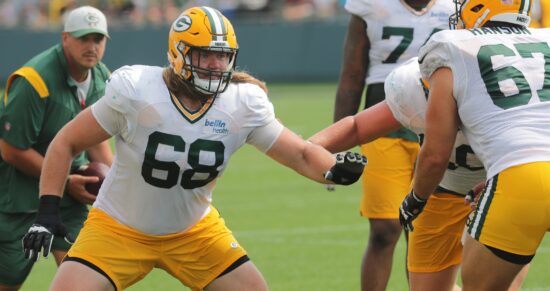 The Green Bay Packers host the wounded and unsettled Houston Texans in their first preseason game. A few weeks ago, the Packs were in pretty much the same position as the franchise from Texas, with the starting QB refusing to come back to the team and wanting to leave. Eventually, they’ve sorted out problems with Rodgers, while on the other side, the Texans have Watson in the training camp, but the situation is far from resolved.

What happened to Taylor last season once he accidentally got injured before the Chargers’ opening game of the season was simply unreal. Justin Herbert took the wheel and didn’t allow the veteran to have the slightest chance to get back in the starting lineup. That is why he decided to leave LA and search for his luck down south, where things look more promising. Watson wants to leave, and simply Taylor is his logical replacement.

This is the most important part of the season for the 2015 Pro Bowler, who needs to show quality and convince the Texans’ staff to keep him and let go of the problematic superstar. That would give Taylor one year to revive his career and prove that he can still play at the highest possible level.

Houston has a new defensive coordinator, Lovie Smith, a former Bears coach, who was one of the biggest factors why the franchise from the Soldier Field had an excellent defensive team.

Aaron Rodgers won’t play during the preseason, and that is something we already knew. After all the drama in the past few months, it would be too much for the Packs’ to ask from the league’s MVP to appear in one non-competitive clash.

And that opened the door to AR’s potential successor, Jordan Love, to show what he can do. A year passed since the Packs took him in the first round, upsetting their franchise face, and we still don’t know what the capabilities of this youngster are.

If he plays well, the Packs will have slight leverage when it comes to another clash with Rodgers (and that will happen at some point of the season, be sure.) Don’t expect to see Davante Adams or Aaron Jones hitting the pitch tonight too.

The Packers and the Texans met in late November last season in Houston, and the guests from Wisconsin narrowly won that one, 16-13.

The Packers will have a lot of new faces on the pitch, eager to prove themselves to Matt LaFleur. But to be honest, we would go with the Texans here, as they have more rookies who are very solid, and above all, because of Taylor, who is a better player than Love right now. That is, he has more experience and routine, unlike the Packers’ youngster.