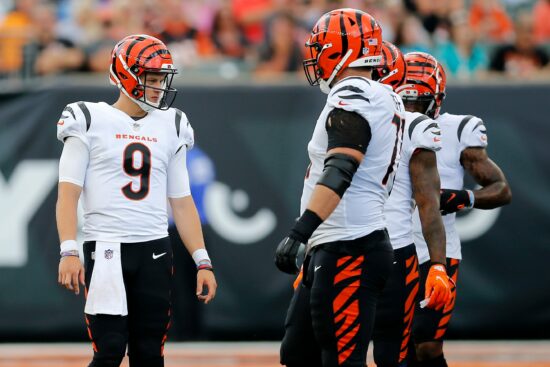 The Minnesota Vikings are a 40:1 longshot to win the Super Bowl in 2021, but that could be the steal of the offseason as this team doesn’t seem to have a whole lot of weaknesses. The fact that Minnesota should have a good year raises a red flag in the series opener considering they are just -3 points on the road at the Cincinnati Bengals. The Bengals big question is last year’s #1 pick Joe Burrow’s health, as this is not the defense you want to face coming off a torn ACL.

Vikings Defense Ready to Be Better

Minnesota head coach Mike Zimmer is a guru on the defensive side of the ball, and the fact that his unit was 27th in total yards, 29th in points allowed, 27th vs. the rush and 25th vs. the pass had to hurt. Then again, the team lost leading tackler Eric Kendricks with five games left, didn’t have Danielle Hunter (neck) all year, lost Anthony Barr (torn pec) after two games and had Michael Pierce opt out for COVID.

The Vikings were one of the most shorthanded defenses in the league last year and they still finished 7-9 just barely missing the playoffs. That’s a testament to the high-powered Minnesota offense that features 1,500+ yard runner Dalvin Cook, 35 TD / 13 INT QB Kirk Cousins, 1,400 yard receiving rookie Justin Jefferson, and 14 TD receiving Adam Thielen.

All the big names are back for the Minnesota opener (except at TE where Kyle Rudolph is gone and Irv Smith is injured) and the defense should also be back to full strength for week one. Minnesota gets four key cogs on their defense back, and also added to the unit with the signings of Dalvin Thompson (DT Giants) and Patrick Peterson (CB Arizona).

The likes of Tom Brady and Aaron Rodgers have suffered season-ending injuries in the past, but that came well after they were established NFL QBs. Cincinnati’s Joe Burrow has a much tougher task, having to try and return from a torn ACL with the team’s hopes on his shoulders even while having just 10 career games under his belt.

Burrow was in the midst of a solid rookie campaign when he got hurt, throwing 13 TD to just 5 INT while also completing 65.3% of his passes. Burrow says his knee is healthy, but he also only attempted one pass this preseason. It’s going to cause Bengals fans anxiety to see the type of pass rush Zimmer has dialed up for Burrow in this contest.

Burrow has some offensive weapons in Tee Higgins and Tyler Boyd who combined for over 1700 receiving yards and 10 TD last year. The team lost offensive leadership in A.J. Green (Cardinals) though and Joe Mixon is trying to return to lead the running game after playing just 6 games last season.

Why are the Vikings not bigger favorites here? Zimmer is an experienced coach, can rely on one of the best running games in the league, has a veteran QB, has a defense that is healthy, and is up against a young QB coming off a devastating injury. Good enough for me.