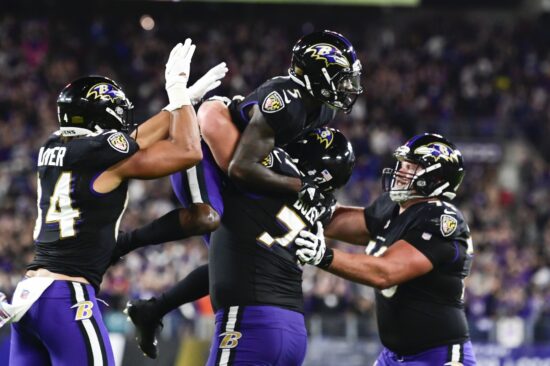 The fourth quarter in both of these teams’ Week 5 games was miraculous. The Chargers were down 27-13 halfway through the third quarter before the light switch went off, and the Chargers took control of the game.

After a Colts field goal with 12 minutes left in the game, to put the Colts up 16. The Ravens would go on to score 23 unanswered points and take the win.

In the last two weeks, the Chargers have coasted to wins, but that was not the case in Week 5. The Cleveland Browns came out on a mission and did not make it easy on the Chargers. Cleveland took a 20-13 lead into halftime, as well as, 27-21 lead into the fourth quarter. The Chargers were able to outscore the Browns 26-15 in the fourth to take home their fourth victory of the season.

The defense has some real issues that they have to get sorted out quickly if they are going to be a serious playoff contender. The secondary allowed 300 passing yards and two touchdowns through the air. The defensive front allowed Nick Chubb to rush for 161 yards and a touchdown as well. It does not get any easier this week with Lamar Jackson and the Ravens.

Lamar Could Do No Wrong

When a team is losing, they look to have some sort of spark, whether it be a player or a big play, to get them going in the right direction. On Sunday, that player was Lamar Jackson. He completed 37 of 43 pass attempts for 442 yards and four touchdowns through the air. If that was not enough, he also added 62 yards on the ground.

The Ravens’ offense is going to need to find a running back at some point. It just seems like the team does not trust the two guys they have going back there, allowing Murray and Williams just ten rushing attempts over the course of the game. Tight end Mark Andrews had a career game Sunday, hauling in 11 receptions for 147 yards and two touchdowns.

The Ravens are another defense that was exposed on Sunday. The Colts are a solid football team, but they had their way with this defense. The secondary allowed Wentz to throw for 400 yards and two touchdowns. The defensive front gave up 123 rushing yards as well.

This game has a shootout written all over it. Neither defense has been very good to start the season, both allowing over 23 points per game. At the end of the day, it is going to come down to turnovers, which quarterback is going to throw the big interception.