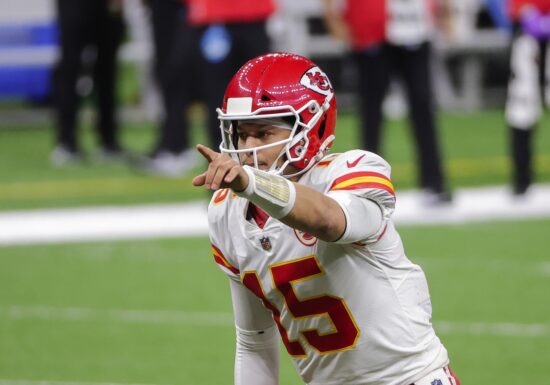 If you’re in search of some NFL predictions ahead of the new season – look no further – VegasOdds has you covered!

Although we have already previewed every single matchup from week one, in this article, we are going to look at the Chiefs’ first match against the Cardinals.

We are very curious to see how the Chiefs will solve Tyreek Hill’s departure. Cheetah was the guy who changed the game in some ways, paired up with Mahomes, and the former NFL MVP now has one big weapon less.

As for the Cards, the team signed an extension with Murray, but we’ll see if the cost was too high.

One of the most promising QBs ever has to face a true challenge now. He is without an almost entire receiving corps from the previous year as Demarcus Robinson, Byron Pringle, and Hill departed. We will see his ability to adapt to new circumstances.

The media was focused on the offensive unit, and they kinda forgot that the defense also suffered devastating hits. LB Melvin Ingram, CB Chavarius Ward, and S Tyrann Mathieu are all out, which is a massive change, as all three guys presented an integral part of the defensive department.

We can say that the offense did receive more notable replacements than the defense, but the Chiefs drafted a few guys who could be big-time contributors, and we especially mean DE George Karlafitis. On the other side, Smith-Schuster, Marquez Valdes-Scantling, and Ronald Jones, all these guys have solid popularity and fame.

No matter how good of a player Kyler Murray is, the way the Cardinals retreated under pressure regarding his studying clause is humiliating for the entire franchise, and they’ve lost a lot of respect and leverage in that one. That’s why we say they now gamble with Murray with the whole organization at stake.

The former No.1 pick has arguably the best receiving corps in the league at disposal, with De’Andre Hopkins, AJ Green, and Marquise Brown, plus he has Zach Ertz at tight end. So if he doesn’t reach at least a playoff this year, it means that the Cards lost.

When mentioning losses, the team is now without OLB Chandler Jones, LB Jordan Hicks, and CB Malcolm Butler. The Cardinals were busy with Murray, and they “forgot” to add some replacements here, which is why they now have a massive disbalance between the defense and the offense.

Chiefs vs Cardinals Prediction and Pick

Hopkins is out for the hosts, as he serves a six-game suspension, meaning he will miss the first part of the campaign. Even though it doesn’t have to mean too much, the defensive performances Cards showed during the preseason were mediocre, and with them shaky on that side of the ball, and with the top receiving threat out, we simply have to bet on the Chiefs’ victory here. After all, they have Mahomes, and the Cards have Murray, the difference is notable.