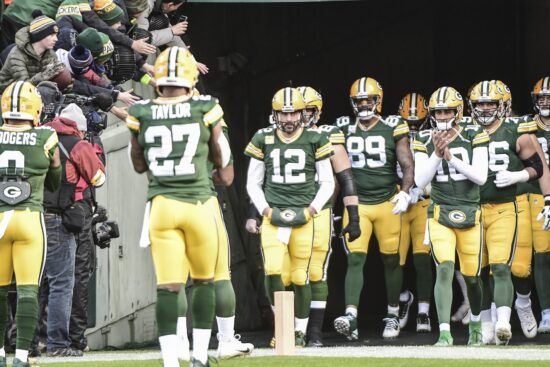 If you’re in search of some NFL predictions ahead of the new season – look no further – VegasOdds has you covered!

Although we have already previewed every single matchup from week one, in this article, we are going to look at the Packers’ first match against the Vikings.

There isn’t a better way for the fans to start their NFL season than against the division rival. And that is how both the Packers and the Vikings’ army enter this campaign, as these two fierce rivals clash at the US Bank Stadium in Minneapolis.

The Packers are mild favorites, but Vikes have plans of their own, so without further ado, let’s get into our NFL predictions.

It’s another charge at the Super Bowl for the Packs, and another try for Aaron Rodgers to add one more ring to his impressive trophy collection. It could be said that the hype is a bit lower than in previous years, but somehow we feel the pressure is the same. As usual, the Packers management failed to meet the requirements, having a terrible offseason.

Rodgers is now alone when it comes to passing, having only Sammy Watkins as a notable receiver, while the rookie Christian Watson is yet to prove his worth. It appears that the Packers are going to be a run-game team much more than in the past, with Jones and Dillon used as a one-two punch in their system.

On the other side, the defense is one of the best in the league, and that’s something we need to mention each time Packs hit the field. Their secondary has the potential to be much better than anyone expected.

Kevin O’Connell is bringing changes in Minnesota, who won’t be so physical in the attack as before but focus on a gentle yet deadly pas game. After all, this team has Kirk Cousins, so why not overload him? O’Connell is the kind of guy who likes air raids, and with WRs Justin Jefferson and Adam Thielen involved, the Vikes have everything at their disposal for this type of play.

Za’Darious Smith came from Green Bay and brought top pass-rush quality to the field. He and Danielle Hunter could become a nightmare for the rivals this year.

Overall, the Vikes are about to unleash their full potential under O’Connell, who is a bit more creative than Zimmer. With all due respect to the former Vikes’ head coach, he inhibited this unit, like McCarthy used to do with the Packers.

Packers vs Vikings Prediction and Pick

The line for the total points is 48, and at the moment, knowing that it is still early into the season, that is, it is the first game for both crews, we are going with under. It takes more time for the offense to get into the rhythm than the defense, and the Packers’ secondary should be in better form than the Vikes’ receiving threats.

Meanwhile, Rodgers is limited with his options, and we expect the running back to have a much more significant role, which means that the efficiency will be lower, because of the time management and stuff.