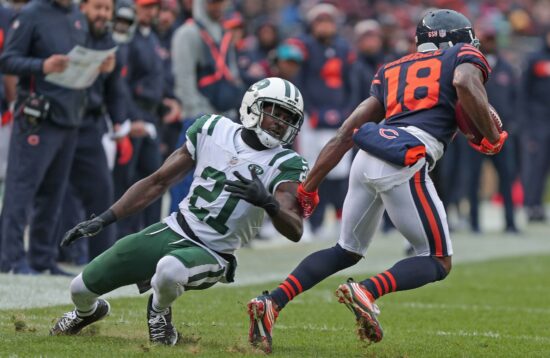 If you’re looking for the best NFL predictions for the Bears vs Jets game – look no further! – Vegas Odds has you covered.

The Bears lost their 4th consecutive game on Sunday, dropping to 3-8 on the season. They are now 1-7 in their last 8 games. Despite their consistent losing, Chicago’s outlook has actually been positive. They lost their last three games by a total of just 7 points, and 2nd-year QB Justin Fields has taken a major step forward. They’ve gotten the improvement they needed to see from Fields, while simultaneously having their draft position rise higher and higher with each loss. Their defense, on the other hand, has been abysmal.

Their defense has regressed as expected after trading away LB Roquan Smith and DE Robert Quinn. Even so, with the way their offense has been playing, the Bears may have had a chance to be in playoff contention this season, had they not made those trades.

In the long term, those trades may wind up being the ideal decision. Fields is now dealing with a shoulder injury, making winning even more difficult. They could focus on his health and development for now, and enter next season with a sufficiently experienced QB.

The Jets lost their 14th consecutive game against the Patriots on Sunday, dropping to 6-4 on the season, and last place in the AFC East. The 10-3 loss raised several more concerns about New York’s offense, which hasn’t been able to produce since losing Breece Hall to injury. RBs Michael Carter and James Robinson rushed 15 times for 29 yards, averaging less than 2 ypc. QB Zach Wilson went 9 for 22 for 77 yards, for a passer rating of 50.8. His QBR ranks 23rd in the NFL on the year, and has decreased even more as of late.

The main issue with Wilson, even more so than his horrific play, has been his lack of accountability. When asked if he and the offense let down the Jets defense, which has been incredible, Wilson simply replied “no”. His lack of accountability has not gone over well with his teammates, or the coaching staff. On Wednesday, head coach Robert Saleh announced that Mike White would get the start at QB this week against the Bears, benching both Zach Wilson, and backup Joe Flacco. He’s hoping that White can provide a spark.

The Jets haven’t beaten Chicago since the year 2000. While they started the season with the bang, they’ve gradually came back down to earth. The offense has been absolutely putrid without Breece Hall, and it’s hard to see them scoring much, even against a stripped for parts Bears defense. That being said, the replacement of Zach Wilson for Mike White completely changes things. Sometimes a QB change like this can provide a major spark for a team. I originally had the Bears winning, but I think Mike White gets it done here.