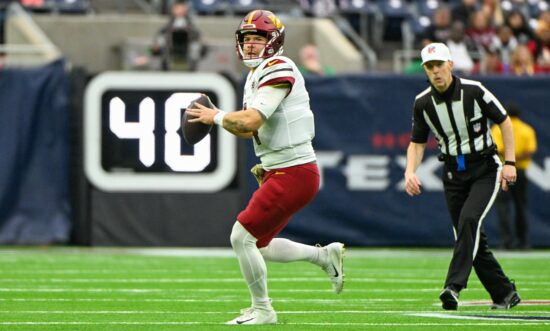 If you’re looking for the best NFL predictions for Falcons vs Commanders – look no further! – Vegas Odds has you covered.

This Week 12 game features a matchup between the 5-6 Falcons and the 6-5 Commanders.

The Falcons managed to squeeze past the Bears last week, winning 27-24, and improving to 5-6 on the season. Atlanta pulled to within just a half of a game of the Buccaneers for 1st place in the NFC South division. QB Marcus Mariota played well in the win, completing 13 of 20 passes for 131 yards and a TD. Unfortunately, his leading receiver in the win, TE Kyle Pitts, suffered a knee-injury that will force him to head to the injured list for at least 4 weeks. Rookie WR Drake London will have to step up big in his absence.

Atlanta’s defense was impressive in their win over Chicago. Going up against a Bears offense that had averaged over 30 ppg in the last 3 weeks, the Falcons managed to hold them to just 24 points, most notably holding QB Justin Fields to only 153 passing yards.

The Falcons are stuck in limbo as a team that isn’t quite talented enough to make a deep postseason run, but are winning enough to have a shot at making the postseason. This week’s crucial matchup against Washington will determine the direction of their season.

The Commanders defeated the Texans, 23-10, on Sunday. They’ve now won 5 of their last 6 games, improving to 6-5 on the season. Washington is 4-1 since Taylor Heinicke took over for Carson Wentz at quarterback, and has raised their playoff chances of just 10% from a few weeks prior, to 50% as of this week. Heinicke went 15 for 27 for 191 yards in the win, though it was Washington’s defense that really sealed the victory. DE Chase Young is expected to return from injury this week, providing the defense with another boost.

Washington’s resurgence as of late has made them into a legitimate playoff contender. This week’s matchup is incredibly crucial. As of now, the Commanders hold the NFC’s #8 spot, 1 position out of a playoff berth. The Falcons hold the NFC’s #9 spot, directly behind Washington. A win here for the Commanders would vault them further up in the standings, and send back a direct competitor, who they’d also pick up a head-to-head win against. This is a must-win game for each of these teams’ hopes of making the postseason.

As crucial as this matchup is for both teams, I’m not sure it will wind up being all that close. Atlanta’s offense has a tendency to struggle against tougher defenses, and lost star TE Kyle Pitts to a knee injury last week. Washington’s defense is resurgent, and should cause significant trouble for Marcus Mariota and the Falcons offense. With how red-hot they’ve been as of late, I feel pretty good about taking the Commanders to win and cover the spread at home this week.