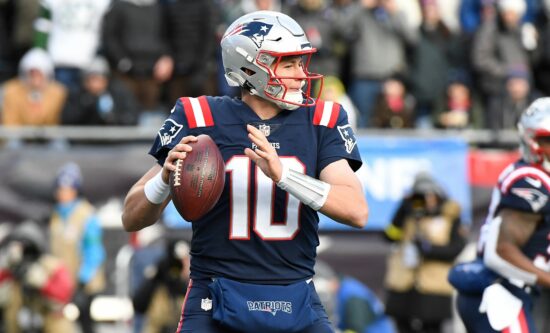 If you’re looking for the best NFL predictions for the Patriots vs Vikings game – look no further! – Vegas Odds has you covered.

This Week 12 game features a matchup between the 6-4 Patriots and the 8-2 Vikings.

The Patriots improved to 6-4 on the season, with a 10-3 win over the Jets. It was their 14th straight win against New York, and second of the season. New England now sits just 1 game out of 1st place in the AFC East division. If the season ended today, they would be the AFC’s 6-seed in the playoffs. In order to keep that spot, the Patriots will need to navigate through a difficult upcoming schedule. Up next is the 8-2 Vikings, who are undoubtedly searching for a punching bag to air out the frustrations caused by last week’s loss.

New England’s offense was wholly inefficient in the win, relying on a punt return TD to seal the game. While the Jets have a strong defense, it is still concerning for the Patriots to score that inconsistently. The QB controversy may be back if their struggles continue.

Meanwhile, their defense did an exceptional job once again, completely shutting down New York. Their defense now ranks 2nd in the NFL in points allowed, behind only the Cowboys. They’ll attempt a similar performance to what the Cowboys defense did last week.

The Vikings were absolutely pummeled by the Cowboys on Sunday. After winning 7 consecutive games, en route to an 8-1 start, they were stunned at home, losing 40-3. They were outgained in total yards, 458-183. QB Kirk Cousins struggled to get anything going on offense, going 12 for 23 for 105 yards and no touchdowns. He seemingly fell victim to the curse of playing after sunset once again. His numbers in 1:00 PM games are exceptional, but he performs exceedingly poorly in any other time slot, such as this week’s game.

Minnesota’s defense was just as awful in the loss. They were picked apart by the Cowboys, allowing them to complete several large chunk plays. The Vikings have had some concerns about their defense for a while now, which has struggled this season as a whole. In games where the offense is unable to produce, they need the defense to be able to give them a reasonable shot. It’s hard to tell which Vikings team we’ll see moving forward, but a primetime matchup could put them in some serious danger against the Patriots.

The Vikings haven’t beaten the Patriots since the year 2000. While it seemed for a while like that may change this year, Minnesota’s performance last week has made that seem less likely. While I expect the Vikings to bounce back from that bad loss, and get back on track, I’m worried about this specific matchup. New England has perhaps the league’s best defense, and Kirk Cousins is notoriously bad in late games. Thursday Night Football is his worst-case scenario. Expect to see primetime Kirk, and a subsequent Patriots win.