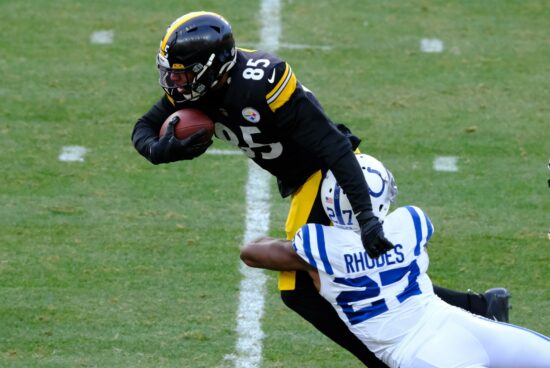 If you’re looking for the best NFL predictions for the Steelers vs Colts – look no further! – Vegas Odds has you covered.

The Steelers came up short against the Bengals on Sunday, losing 37-30. It was a bit of a step forward, step back situation for Pittsburgh. Their offense made some major improvements. Rookie QB Kenny Pickett had one of his best games of the season thus far, completing 25 of 42 passes for 265 yards and a TD. Pickett did not turn the ball over in the loss, something he had struggled with in his young NFL Career. RB Najee Harris, who has had a tumultuous season as well, rushed 20 times for 90 yards and 2 touchdowns.

While the offense was improving, Pittsburgh’s defense took a step back in the loss. They managed to force two turnovers, and total two sacks, but continuously allowed the Bengals to drive down the field and score. The Steelers need better play from their defense.

Linebackers T.J. Watt, Myles Jack, and Devin Bush have all been fantastic for Pittsburgh. They just need their secondary to get back on track as well. They have a good opportunity to do so this week against a Colts team that has struggled on offense all season long.

The Colts lost to the Eagles on Sunday, dropping to 4-6-1 on the season. They led 13-3 heading into the 4th quarter, propped up by a fantastic defensive performance. DE Yannick Ngakoue picked up 1.5 sacks, increasing his total to 6.5 on the year. LB Zaire Franklin was all over the field on defense, finishing with 13 tackles on the day. It was the best defensive performance that they managed since losing star LB Shaquille Leonard to a season-ending back injury. Unfortunately, the Colts blew the lead late in the 4th, losing the game.

Indianapolis’ offense wasn’t quite as efficient as the defense on Sunday. QB Matt Ryan played moderately well, completing 23 of 32 passes for 213 yards, but failed to reach the end zone. After an early rush of 28 yards on the first drive, RB Jonathan Taylor averaged just 2.7 yards per carry for the remainder of the game. WRs Michael Pittman Jr. and Parris Campbell continue to produce, combining for 11 catches for 142 yards on Sunday. Ultimately, the Colts have been competitive, but unable to do enough to close out the win.

The Steelers have won 7 straight games against the Colts, dating back to 2008. This season provides a good chance for Indianapolis to break that streak, currently holding the better record, as well as home-field advantage for this game. They’ve been playing better since Matt Ryan and Jonathan Taylor returned from injury, but still seem to lose quite often. The Colts biggest weakness is going up against a tough defense. Despite last week’s game, the Steelers defense has been one of the toughest. I’d narrowly favor Pittsburgh.