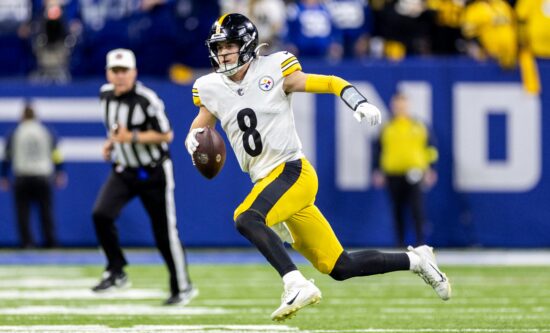 If you’re looking for the best NFL predictions for the Steelers vs Falcons game – look no further! – Vegas Odds has you covered.

This Week 13 game features a matchup between the 4-7 Steelers and the 5-7 Falcons.

The Steelers improved to 4-7 on the season on Monday, following their 24-17 victory over the Colts. Rookie QB Kenny Pickett had another solid game, going 20 for 28 for 174 yards. Pickett didn’t sling the ball down the field all that much, but he did complete the game without any turnovers, for the third consecutive week. Even after trading WR Chase Claypool to the Bears, Pittsburgh continues to improve on offense each week. Coupled with a strong defense, the Steelers have a much improved team heading down the stretch.

Their defense was led by CB Arthur Maulet on Monday, who finished with 10 tackles and a sack. The Steelers totaled three sacks as a team, and forced two Indianapolis turnovers. They’ll get another prime matchup this week against a vulnerable Falcons offense.

Rookie WR George Pickens led all receivers in the win, hauling in 3 catches for 57 yards. He continues to build chemistry with Kenny Pickett, a combo that the Steelers are hoping to see connect for years to come. Their playoff hopes are slim, but the future is bright.

Falcons Up and Down

The Falcons came up short against the Commanders on Sunday, falling to 5-7 on the year. Their offense once again struggled to get any momentum going. QB Marcus Mariota finished the day 15 for 25 for 174 yards, 1 TD, and 1 INT. Mariota’s 77.8 passer rating for the game further lowered his season-long passer rating of 79.7. Atlanta remains only a half of a game out of first place in the division, despite their 5-7 record, thanks to a historically bad NFC South division. They need to get back on track this week against Pittsburgh.

Atlanta has traded wins and losses on a week-by-week basis for most of the season. They’ve sunken further into the loss column as of late, having now lost 3 of their last 4 games. The Falcons currently have a 17% chance to make the postseason. A win against the Steelers would increase that number to 26%, while a loss would drop it to just 7%. This week’s game is crucial to Atlanta, but it is becoming increasingly difficult to trust their offense on a weekly basis. This game against the Steelers won’t be much different.

Despite having similar records, these two teams are in completely different situations. Pittsburgh is virtually eliminated from playoff contention, but set up well for the future, and getting encouraging performances as of late. Atlanta is a win away from leading their division, with their playoff chances still realistically alive, but boast a depleted roster that seems to underperform each week. The key matchup here is the Falcons struggling offense against the Steelers stringent defense. I’ll take Pittsburgh on the road in a close one.