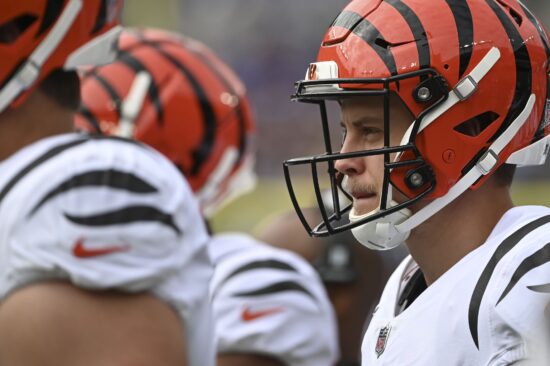 If you’re in search of some NFL predictions for Week 2, look no further – Vegas Odds has you covered!

Joe Burrow felt the heat against the Steelers, playing one of his worst games since joining the Bengals. The former No.1 pick wants to erase those memories as fast as possible with a win in Texas.

On the other side, the Cowboys not only lost the opening game of the year against the Buccaneers but are without Dak Prescott following that one, which is a massive blow for Jerry Jones’ franchise.

The Bengals lost at home to the Steelers, 23-20, with Joe Burrow having an awful afternoon. He was sacked seven times for 39 negative yards, while also throwing for four picks and fumbling the ball once, making that five turnovers in total. All in all, Burrow was disastrous against the AFC North rivals, who lost TJ Watt in that battle.

Burrow threw for 338 yards and two touchdowns, with one TD pass ending in Ja’Marr Chase’s arms and the other in Tyler Boyd’s. Chase had 129 receiving yards in 10 catches.

The Bengals’ pass rush defense was totally frozen, having just one sack and without notable influence on the game.

So Dak Prescott broke his thumb, and according to the preliminary news from Texas, he is going to be out for the next six to eight weeks. The Cowboys’ QB and one of the biggest stars in the NFL, really don’t have any luck with injuries over the last few years.

His Cowboys were demolished by the Buccaneers in Dallas, 19-3, and even with Dak on the field, the hosts didn’t stand any chances. He had one intercepted pass, without any positive impact whatsoever, and so did Cooper Rush upon replacing Prescott, having 64 yards, 7/13 passing.

One other guy who was without notable numbers was Ezekiel Elliot, who ran ten times for 52 yards. Now, that is a good average per carry, but he didn’t get enough snaps. The NFL Defensive Rookie of the Year, Micah Parsons, posted two sacks and was the only bright spot in Dallas.

Bengals vs Cowboys Head to Head

The result in the all-time series is 9-4 in the Cowboys’ favor, and the most recent was in 2020, when Dallas won on the road, 30-7. the Cowboys triumphed in the previous four events.

This is a great chance for the Bengals to bounce back following the loss in Week 1 and post record the opening win of the year. The Cowboys are decapitated without Prescott, and the Bengals shouldn’t miss this opportunity to earn a win on the road.