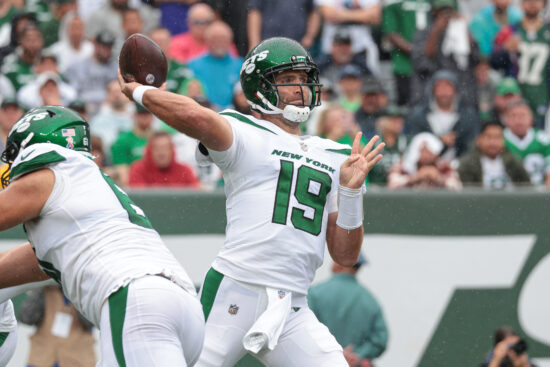 Something isn’t quite right with the Cincinnati Bengals. Joe Burrow and the boys lost two consecutive games, opening the season badly and below every expectation. We don’t quite know what the problem is in Cinci, but we suspect that a defeat in the Super Bowl has some connections with the current situation.

On the other side, the Jets won in the last round, coming back against the Browns, and posting a big road win in Ohio. They are now after another one against the team from the same state.

Cinci Getting Back on Track

The Bengals lost in the closing moments of their matchup in Dallas against the Cowboys, with the home team snatching a win with a walk-away field goal. Cinci was poor offensively, having 254 yards combined, with Burrow passing for 199 and a touchdown.

Though, the former NCAA champions and the top pick was sacked six times for 34 negative yards, and once again, his protection didn’t show up. The problem here isn’t losing games at this stage of the championship but risking Burrow’s another injury.

Also, the defense wasn’t at the needed level, providing just one sack, against a backup QB on the other side. We are aware that the Cowboys have a solid O-line, but still, Dallas didn’t look like a team with the second-string QB on the field.

The Jets managed to score two touchdowns in the last 1:44 and turn the result upside down, inflicting Cleveland with a tough loss in Ohio. At first, he threw a 66-yard TD to Corey Davis before connecting with the rookie Garrett Wilson 22 seconds before the end.

In the meantime, the Jets recovered an onside kick, to regain the ball following Davis’ touchdown, and it turned out that the Browns’ missed extra point in their last score made the difference here.

Bengals vs Jets Head to Head

Given all the circumstances and the fact that the Bengals have problems in their game, we wouldn’t bet on their win here. Meanwhile, the Jets aren’t reliable either, but what is certain is that the respective offenses are the better parts of these units, which is why we pick over 43 points as the final pick for this game.