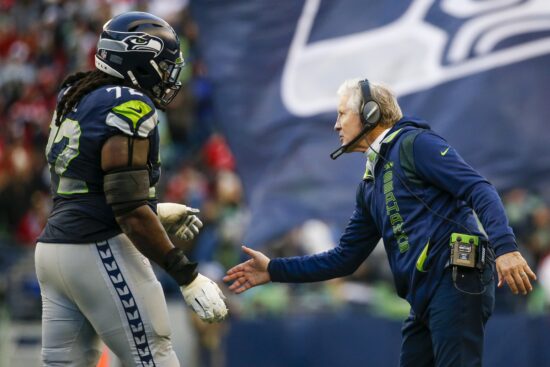 A few years back, the Falcons and the Seahawks were among the top teams in the league, playing a major role in the NFL. Now, they are both in rebuild mode, with new quarterbacks and plenty of new faces on the roster.

Both Marcus Mariota and Geno Smith seek a second chance to establish themselves as starters and trustworthy contributors, which is another reason why they can’t afford to lose this event.

Tough Schedule, Yet Solid Performances for the Falcons

Atlanta played at home to the New Orleans Saints in the opening round, losing that event, 27-26, again after a collapse in the final period and 17 straight points of the guests. Following this one, the Falcons suffered a defeat on the road in LA against the Rams, 31-27.

Overall, Arthur Smith’s unit performed well in both clashes and much better than many expected. Despite just two passing touchdowns, we have to be honest and say that Marcus Mariota isn’t bad as many think, as he brings rhythm and a new dynamic to the Falcons’ attack.

This team needs routine in some cases, and as time goes by, there is no doubt that the Falcons will improve. Cordarrelle Paterson is solid on the ground, with 161 rushing yards in two games and a TD, and for the moment, he has become a huge weapon for this unit.

The biggest question regarding the Seahawks is Geno Smith. Will he collapse? Some already know the answer to that and ask a different question that starts with “when.”

The Seahawks were better than the Broncos at home in the opener, beating Russell Wilson on his debut for the guests from Colorado, 17-16. It was a great success for the team from Lumen Field, but in the very next clash, the one in San Francisco against the 49ers, we saw the Seahawks’ inferiority.

A 27-7 loss in which the running backs had miserable 36 yards on the ground is everything you need to know. Smith threw for 197 yards and one interception, which wasn’t too bad, but other players simply didn’t show up.

Falcons vs Seahawks Head to Head

When it comes to our NFL predictions, we are going with the guests in this one.

The Falcons have a much better offense than the Seahawks, who are very limited in that aspect of the game. Mariota looks more reliable than Smith, and overall, he has more options than his rival on the other end.