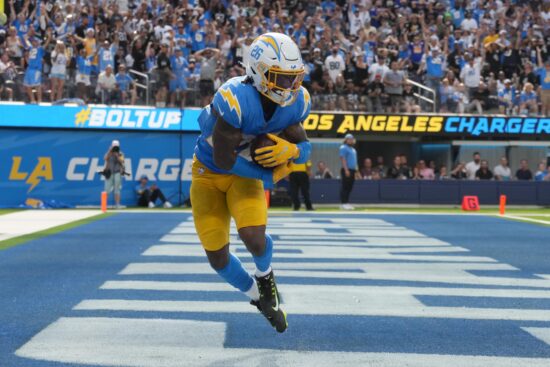 Trevor Lawrence and the boys were impressive against the Colts, posting a win just a few expected. We can say that Jags looked pretty cool, indicating that this unit might start to climb up the NFL ladder this year.

As for the Chargers, following an opening victory, they faced a reality check against the Chiefs, suffering a narrow and painful loss on Thursday Night Football. Let’s see whether they forgot that defeat.

The Colts have a top-three running back in the league and the former NFL MVP at the QB position. Jaguars managed to shut down the division rivals and beat the hell out of them, displaying relentless defense throughout all 60 minutes.

Josh Allen had two sacks and a forced fumble, the secondary picked Matt Ryan three times, and the pass-rush had five sacks in total, for 31 negative yards. Jonathan Taylor ran only nine times, recording miserable 54 yards. Miserable for his standards.

Trevor Lawrence was excellent, completing 25 of his 30 passes for 235 yards, and two touchdown passes to Christain Kirk, who ended the night with 78 receiving yards. Overall, the Jags looked relaxed and confident, and the main reason for that is the new head coach, Doug Pedersen.

We witnessed this last year once they faced the Raiders in the final week of the regular season with the playoffs at stake. Herbert is a generational talent, but both he and his teammates lack confidence and smoothness in big games.

The way the Chiefs rallied back exposed several flaws in LAC’s game plan, and a few in their mentality. They stiff and freeze in critical situations, and what is especially noticeable, the defense almost always fails to make a clutch move.

Austin Ekeler had a subpar performance against the Chiefs, rushing for just 39 yards on 14 carries, and that was the problem for Staley and his team. Herbert did his best, 334 yards, three touchdowns, and one pick.

Jaguars vs Chargers Head to Head

The score in the all-time series is 9-3 for the Chargers, with the note that the team from LA lost just one game in the past nine. The most recent was in 2020, when they won at home, 39-29.

The Jaguars are on the rise, but the Chargers have a better team overall, and they are massive favorites here for a reason. The home-field advantage, the sense of urgency, and plenty of high-quality individuals are why we pick them to triumph.