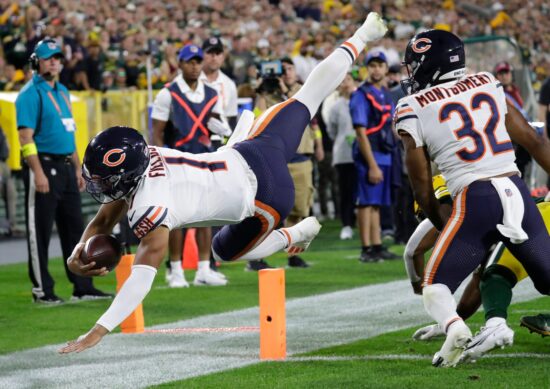 Neither the Houston Texans or Chicago Bears really know what they have in their 2022 teams. Houston notched a tie in week one (that they should have won) before getting stopped 16-9 in Denver in week two. Chicago upset San Francisco 19-10 in rainy conditions in their opener, but took another beating by Green Bay 27-10 last Sunday night.

Chicago is at home which makes them the automatic -2.5 favorite on the Vegas odds for this Texans at Bears matchup. This is a homecoming for Houston’s Lovie Smith, who coached here from 2004-2012 and took the Bears to a Super Bowl. While Smith has expressed fondness for Chicago ownership, you know deep down inside he wants this one in his return to Soldier Field.

Lovie Smith Back in the Windy City

Looking back Bears fans reminisce fondly about Smith’s tenure in Chicago. He took the team to the Super Bowl in 2006 (losing to the Colts) and the NFC Championship in 2010, but got fired in 2012 even after a 10-6 record. The eras of Marc Trestman, John Fox, and Matt Nagy haven’t been kind to Bears fans since Smith’s absence.

Now Smith brings his new team to Soldier Field with a 1-1 record and a lot of questions. Houston took a 20-3 lead into the 4th quarter in their opener against the Colts but ultimately had to settle for a 20-20 tie. The Texans couldn’t put the ball in the end zone at all last Sunday in their 16-9 loss at Denver – although that was at least a solid defensive showing.

Houston QB Davis Mills regressed from week one to week two, going 23/37 for 240 yards with 2 TDs in the tie against the Colts but just 19/38 for 177 against Denver. Chicago’s secondary allowed Aaron Rodgers to complete 19/25 passes for 234 yards and 2 TDs last week but there’s a big difference between Davis Mills and Aaron Rodgers.

SEE ALSO: Colts look for first win of the season when they host Kansas City

Ask most Bears fans before the season if they would’ve been happy with a 1-1 record after meeting San Francisco and Green Bay and they’d all say yes. Now is where we find out who this team really is though with a home game in the Texans at Bears matchup and then a visit to the surprisingly 2-0 Giants.

Make no mistake, 4″ of rain falling on Soldier Field in the season opener definitely helped the Bears to the 19-10 win over the 49ers. The team played disciplined though with just 3 penalties for 24 yards, numbers that jumped up to 7-50 against Green Bay. One other major bright spot in the loss to the Packers was getting the running game going as David Montgomery had 15 carries for 122 yards and Khalil Herbert also averaged over 9 ypc.

As will be all season with the Bears, the big question heading into Sunday’s game is going to be how Justin Fields will perform. He actually had better numbers in a monsoon (8/17, 121 yards, 2/1) than on perfect conditions in Green Bay (7/11, 70 yards, 0/1). Houston’s defense held Russell Wilson to a 14/31, 218, 1/1 game on Sunday so how mightily is Fields going to struggle?

Denver amassed 149 rush yards vs. Houston last week so if the Bears are smart that’s the game plan for this week. The Texans also gave up 161 yards rushing to Jonathan Taylor in week one and Chicago can find success in the rush game this week. Expect a very similar game to the one Houston played last week, keeping it close but ultimately falling short.