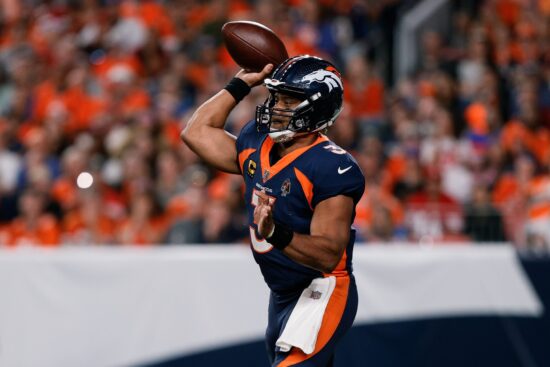 The Las Vegas Raiders are the only team in the NFL that has all losses in the 2022 season. They’re 0-3 right now, even though they were favorites in two of their previous games. Top NFL betting sites see them as favorites once again but beating the Denver Broncos in Week 4 isn’t going to be easy.

The good news for the Raiders is that they have a pretty good record against the Broncos, at least in recent times. They’re 4-0 against them in their previous four meetings, but in 2022, things are a bit different – the Broncos now have the best quarterback since the Peyton Manning era.

The man in question is Russell Wilson, who, frankly speaking, hasn’t been playing his best football since moving to Colorado. In fact, he’s one of the least productive QBs in the 2022 NFL season. Still, everyone seems to think that it’s only a matter of time before he starts devouring opponents.

All Eyes on Russell Wilson

The Broncos are 2-1 in the 2022 NFL season, which is a pretty decent record considering that their offense has been below par. With just 43 points scored in three games, their offense is one of the worst in the league. In fact, the Indianapolis Colts are the only AFC team that’s scored fewer points than them.

The man Denver fans are blaming is their new quarterback. Russell Wilson moved to Colorado in the offseason on a $325 million contract. So far, his performances aren’t justifying his high salary. In the three weeks of the 2022 season, he’s thrown for a total of 743 yards and only two touchdowns. Plus, one of his passes was intercepted by the opposition defense.

Knowing this, it’s actually really impressive that the Broncos have managed to win two games this season. The reason behind their success is their amazing defense. The Broncos have the best defense in the conference, which has allowed only 36 points so far.

The Broncos are fantastic in the defense, meaning that if the Raiders want to win their first game of the season, their offense needs to step up. So far, they haven’t done much, scoring just 64 points in three games, which accounts for 21.33 points on average.

Knowing that their average last season was 22.0 in the regular season, one might not think that their offense is underachieving in 2022. Still, the fact is that the Raiders’ offensive team is stacked.

Derek Carr is one of the best quarterbacks in the AFC, while Davante Adams is generally considered one of the finest wide receivers in the entire league. They also got a couple of good tight ends, most notably, Darren Waller.

Our prediction is that this is going to be a very close game. The Raiders have a good offense, but they might not be good enough to outsmart the Broncos’ defense. When it comes to Denver’s offensive team, it’s all about Russell Wilson. If he does better than he did in the previous three games, the Broncos are going to win.