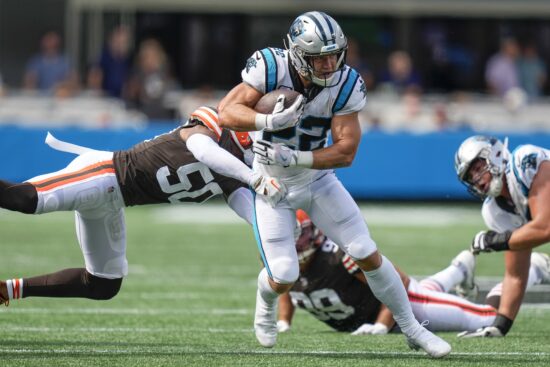 The Cardinals had a very rough first three rounds, facing teams like the Chiefs, Raiders, and Rams. So one win isn’t something disappointing, but on the other side, nobody can be satisfied with a negative record.

As for the Panthers, following back-to-back losses, they defeated the Saints at home, which could turn out to be a big momentum shift, and if they triumph on Sunday, Baker Mayfield and the crew could change their season, so with all of that being said, read on for a look at some of our NFL predictions…

Kyler Murray had some unreal demands for his new contract, and not only did the Cards fulfill all of them, but in return, they didn’t put in anything to protect their interests. The shameful retreat in the “study clause case” proves that.

For the moment, Murray’s contribution on the field isn’t as expected. Or at least it isn’t in accordance with his new contract. He has only three touchdown passes and one on the ground, with a pick and 784 passing yards. Yes, we do get it that DeAndre Hopkins isn’t around, but still.

James Conner is underachieving as well, with just 990 rushing yards in three games, with an average of three yards per carry. The defense is often on the field, and it is no wonder they allow 29 points per game, being tired and under pressure the whole time.

Panthers Could be Facing the Turning Point of the Campaign

In both of their losses, the Panthers were extremely close, sometimes lacking much-needed luck to find themselves on the winning side. They lost to the Browns after a 58-yard field goal, and the same outcome happened in New York against the Giants.

However, the team responded well against the Saints, winning 22-14, showing character, and we believe that beating the Cardinals would boost the morale of this crew, giving them confidence while pushing their game to another level.

The defense looks pretty good, allowing just beneath 20 points per game. SS Xavier Woods is massacring the rivals’ receivers, while Jaycee Horn already has one pick and three pass defenses, the same as Derrick Brown.

Cardinals vs Panthers Head to Head

The Panthers are much better in the all-time series, winning 14 and losing only five games. They were better than the Cards in the previous six, two of them in the playoffs. The most recent meeting was last season, and they blew away Arizona on the road, 34-10.

Here we have the line for the totals at 42.5 points. Given the fact that the guests struggle offensively and that the Panthers have a solid defense but aren’t consistent on the offensive side of the ball, we are going with under