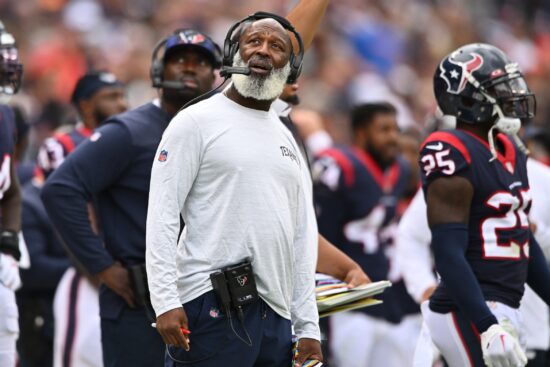 The Los Angeles Chargers (2-1) could really use an early season bye week as they’ve been hit hard by injuries so far in this young 2022 campaign. The Houston Texans (0-2-1) are healthy, just really bad as they are coming off a 23-20 loss in Chicago in which the Bears ran for 281 yards.

LAC would take their running game getting going in the Chargers vs Texans matchup – anything to limit the hits on QB Justin Herbert and his tender ribs. Protecting Herbert gets tougher with tackle Rashawn Slater likely lost for the remainder of the season with a torn biceps so if there’s ever a time for Houston to pull off the upset as +5.5 underdogs on the Vegas odds, it’s now.

Chargers Have Questions on Both Sides of the Ball

Losing Staley and having Herbert take more hits wasn’t the only loss in last week’s 38-10 defeat to the Jaguars as pass rusher Joey Bosa also looks like he’s going to miss an extended period of time after suffering a groin injury. Bosa had just 1.5 sacks through the first two weeks, but he commands attention that has left Khalil Mack get free for 4 sacks already. With Bosa out, now opposing offenses can focus on stopping Mack and his production could very easily fall off.

The Chargers losing 27-24 to the Chiefs in week two was understandable, but falling by 28 at home to Jacksonville was the biggest shocker in the league last Sunday. Jaguars QB Trevor Lawrence looked like a seasoned pro going 28/39 for 262 yards with 3 TDs while Jacksonville also added 151 yards on the ground.

There’s not a lot – but there is some – good news for L.A ahead of the Chargers vs Texans matchup. The first is that the Houston offense doesn’t have the weapons that Jacksonville does (which sounds weird to say) and the second is that WR Keenan Allen (hamstring) is reportedly returning to practice this week. Herbert is likely going to be battling his rib injury all season (unless he takes some time off) and having an experienced WR that you know where they are going to be helps get the ball out quicker.

A team can get away with having the worst run defense in the league if they have an offense that can sustain drives and consistently put points on the board. Houston does not have that luxury as they are averaging just 16.3 ppg, which is 26th in the league.

Texans QB Davis Mills was O.K. last week against the Bears, going 20/32 for 245 yards but with two costly interceptions including one on their final drive in a 23-20 loss. The good news is that those were Mills’ first interceptions of the year, the bad news is that O.K. might be the best you can hope for from the 2021 3rd round pick.

While Herbert not being full strength helps the Texans chances in week 4, you don’t exactly need to be 100% just to hand the ball off. That has to be what L.A’s game plan is going to be on Sunday against a Houston defense that gave up 157 yards rushing to Chicago’s Khalil Herbert last week. Denver ran for 149 yards the the week prior in a 16-9 win over the Texans so shoring up the run defense is a serious concern for Lovie Smith’s team. The Chargers also have the worst rush offense in the league through three weeks (59.0 ypg), so it’s about time to get Austin Ekeler and Sony Michel going.

The 38-10 loss to the Jaguars last week was ugly, but Jacksonville really didn’t get rolling until the Bosa injury. Los Angeles now has a week to prepare for his absence, and as far as Herbert’s ribs he still played the whole game despite being down four TDs. Maybe Herbert’s injury is a bit overblown, and if Allen can return to the lineup as well this Chargers line might just be a gift.