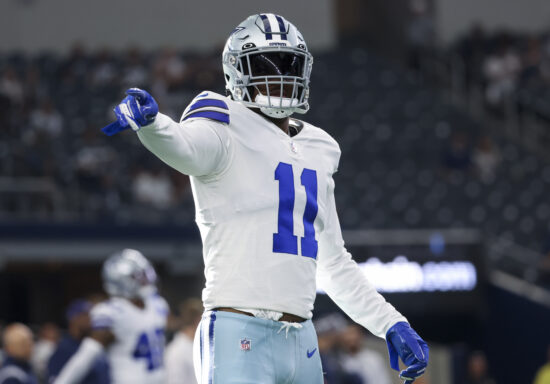 Many Cowboys fans believed their season was over at the moment of Dak Prescott’s injury. Cooper Rush is doing everything in his power to prove them wrong, with the backup QB playing at a high level ever since he stepped on the field.

If he wins against the wounded Commanders, his Cowboys will be in an excellent position. Though, as we said, the guests from DC are coming “wounded,” having nothing to lose, and are ready to fight until the last to make a surprise here.

Over the first three weeks, the Commanders have allowed 27.3 points per game, which is one of the worst stats in the league. They would give 128.7 rushing, and 290.3 passing yards, which is unacceptable if you want to win. The other solution is to have a hyper-offense, which isn’t the case in this situation.

Yet, we need to say that Carson Wentz plays good football, having recorded 861 yards with seven touchdowns and three picks. He had a very unpleasant experience in the latest game, vs. Eagles at home, 8-24, suffering eight nine sacks, and one lost fumble. He was without TD in this event.

The problem with the Commanders is that they lack power in both lines and aren’t convincing in these areas at all.

We already mentioned Rush in the article’s opening part, and we will do that again. Rush has two touchdowns and 514 yards without an interception so far. In the last two events, Dallas QB suffered just one sack. So he is playing quite well.

The thing with Rush currently is that he has an excellent backfield, with Elliot and Pollard, who are taking off massive pressure from his back. These two guys have combined for 334 rushing yards and have two touchdowns. The Cowboys’ offense has been very balanced, which makes things easier for Rush in the current circumstances.

Also, the defense does an excellent job. Micah Parsons has four sacks, while Demarcus Lawrence and Dorance Armstrong have three each. Currently, the Cowboys may have the best pass rush in the NFL.

Commanders vs Cowboys Head to Head

Our money here is on the hosts’ win, as they are in perfect shape in pretty much all the areas, and we think that their defense is going to massacre Wentz. Especially after seeing what the Eagles did to the Commanders’ O-Line.