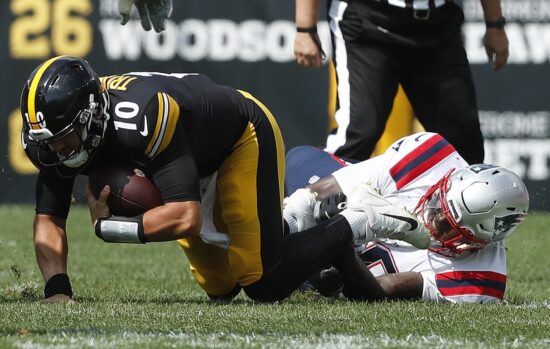 Things aren’t great for the Steelers, especially Mitch Trubisky. Many hoped to see the former No.2 picks reviving his career in Pennsylvania, but he isn’t anywhere close to the expectations.

On the other side, the Jets continue with their rebuild, and the biggest news for them is that the focal point of the entire process, Zach Wilson, could be back on the field this weekend.

This is a game in which the Jets have some chances to end up on the winning side, yet, they aren’t under any pressure because nobody expects them to win. Zach Wilson could start this one, but if he doesn’t, that could turn out to be even better because Joe Flacco plays decent football, despite the poor performance against the Bengals.

Garrett Wilson, the rookie wide receiver, showed some flashes of his potential, and this young fella could grow up to be a Pro Bowl player. In these three games, he had 214 yards, with two touchdowns, both against the Browns.

The Jets would be in a much better position if only they could establish a ground game because they average just 84 rushing yards per game, which is way too low.

Is it time to see Pickett?

Nah, Mitch Trubisky isn’t the starting QB material, and he probably won’t evolve this season into one. That’s why the Steelers’ fans want to see the rookie, Kenny Pickett, the first-rounder who played at Pittsburgh University and who knows this stadium and mentality perfectly.

Trubisky is around 60% of completions and has two touchdowns and one interception, with one rushing score. Yet, that simply isn’t good, no matter what everyone says.

ALSO SEE: Chargers After a Win in Houston

The Steelers’ defense is among the best in the league, but they can’t cover up all of his mess, especially in the situation when they lost T.J. Watt, who picked up an injury that will set him apart from the field for a long time.

Jets vs Steelers Head to Head

If the Steelers fail to win here, well… they are in big problems. The fact that they have Trubisky won’t change our minds here and persuade us to bet against them. The better defense, better wide receivers, and the home field force us to take the Steelers with the spread.