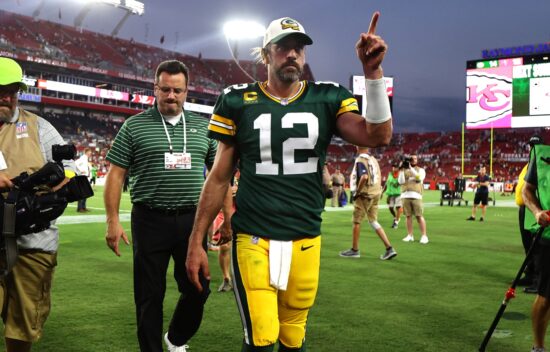 When the betting markets opened, the Green Bay Packers were -285 favorites, but their Moneyline Vegas odds have moved all the way to -500 since. Why? Because of the news coming from the camp of their Week 4 opponents, the New England Patriots.

The Pats’ quarterback suffered an ankle injury last weekend, for which he’ll probably have to sit out the Week 4 game. This means that their starting quarterback on Sunday will likely be Brian Hoyer, who’s started only two NFL games since 2017.

Before the start of the 2022 season, there were some concerns that the Green Bay Packers were going to struggle this season offensively after 5x Pro Bowl wide receiver Davante Adams moved to Vegas. These worries seemed justified in Week 1 when the Packers lost 23-7 against the Minnesota Vikings.

However, after the opening week, the Packers got back to their winning ways. Aaron Rodgers & Co. once against “owned” the Chicago Bears, beating their NFC North rivals 27-10 in Week 2. Then, in Week 3, they defeated the Tampa Bay Packers 14-12.

In last weekend’s game, the Packers’ defense did a fantastic job, keeping Tom Brady to just one touchdown pass. The Packers’ offense wasn’t too impressive in that game, but then again, they played against one of the best defenses in the league.

Although it still hasn’t been confirmed, the chances are that Mac Jones will not start at quarterback on Sunday. Instead, Brian Hoyer will take his place. The man in question is a 36-year-old veteran who’s been in the NFL since the 2009 season. However, despite playing his 14th season, you can’t call Hoyer an experienced QB.

In fact, the guy has played a total of 75 games in his NFL career. Only 39 of those games saw him start in the QB position, with one-third of those starts happening in the 2014 season when he was playing for the Cleveland Browns.

With him as the signal-caller, the Pats’ pass game isn’t going to produce much against the Packers. But can they do well rushing-wise? They might, but probably not enough to grab themselves a win.

Even with Mac Jones as their QB, the Pats would still be in trouble against the Packers. Without him on the field, they’re heading for a disaster. The Packers seem more than capable of blowing them out on Sunday.