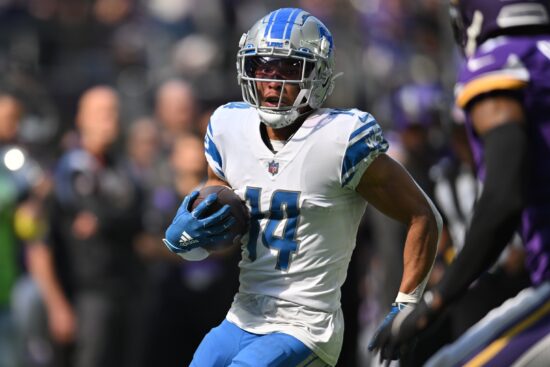 They’ve both had an up – but it’s mostly been downs for both the Seattle Seahawks and the Detroit Lions as they head into the week four matchup at Ford Field. It looks like another poor start for Detroit (1-2), but they could also easily be 3-0 after losing by a field goal to Philadelphia in the opener and failing to protect a 10-point fourth quarter lead last Sunday against the Vikings.

Seattle (1-2) could really be coming into the Seahawks vs Lions game winless if not for Denver mismanaging the clock late in a 17-16 win for Pete Carroll’s squad in week one. The Seahawks were dominated 27-7 by San Francisco in week two, and went scoreless in the 4th quarter in a 27-23 loss to Atlanta last Sunday. Detroit would seem to have momentum here and is at home, which is why they are -4.5 favorites on the Vegas odds.

The Seahawks weren’t expected to contend this season after trading QB Russell Wilson to Denver in the offseason and playing in a division that features the defending champion Rams as well as the 49ers and Cardinals. The week one win over Wilson and the Broncos on Monday night was nice, but fans have largely been underwhelmed by this team the last couple weeks.

Seattle fans may have gotten spoiled by Wilson and the big play potential of D.K. Metcalf and Tyler Lockett the last couple seasons, because that doesn’t even seem to be a threat this year. Metcalf at least caught his first TD pass of the season last week but still hasn’t broken 65 yards in a game, while Lockett has 9 catches in each of the last two weeks but has a long of 27 yards this year and has yet to find the end zone.

To be fair, QB Geno Smith did throw for 325 yards last week and was very instrumental in the week 1 Denver win going 23/28 for 195 yards and 2 TDs. Seattle is simply not going to win a lot of games this year with this defense. Last year it was the opponent’s passing game that gave Seattle fits as their 265.5 ypg allowed were the second most in the league. In 2022 opponents are running through the Seahawks to the tune of 157.0 ypg, again 31st most in the NFL.

SEE ALSO: Chargers try to work through injuries as they visit the Texans

Lions Could Be Tripped Up By Injuries

Detroit coach Dan Campbell faced some scrutiny last week as he opted to try a 54-yard field goal with 1:10 left instead of punting and pinning Minnesota deep with a 24-21 lead. Instead the try missed and the Vikings went 56 yards on just 3 plays and a TD with 0:45 left gave them a 28-24 lead that would stand.

The Lions missed a chance to get to 2-1 and into a tie for first place in the NFC North, and now it looks like the road gets tougher with two top offensive stars possibly set to miss the Seahawks vs Lions game and potentially beyond. RB D’Andre Swift (8.6 ypc) is battling ankle and now shoulder injuries and there’s been talk about shutting him down through the week 6 bye to get healthy. Amon-Ra St. Brown (253 yards, 3 TDs) was becoming a breakout star but suffered an ankle injury on Sunday and could also be held out against Seattle.

The St. Brown injury news hurts the Lions passing game, but they might actually be alright running the ball behind a great offensive line and with Jamaal Williams carrying the ball 20 times for 87 yards and 2 TDs last week against the Vikings. It was also actually Josh Reynolds who led the team with 6 catches for 96 yards last Sunday and not St. Brown, while TE T.J. Hockenson also caught his first TD of the season.

The injury news is going to hurt Detroit a bit, as they also lost safety and defensive captain Tracy Walker III for the season with an Achilles injury. The Lions should still be alright on Sunday at home and against a Seattle team that has to travel East for the first time this season. Detroit has some players that can step up in a possible Swift and St. Brown absence and the team has to be steaming after blowing a chance to beat division rival Minnesota last week.