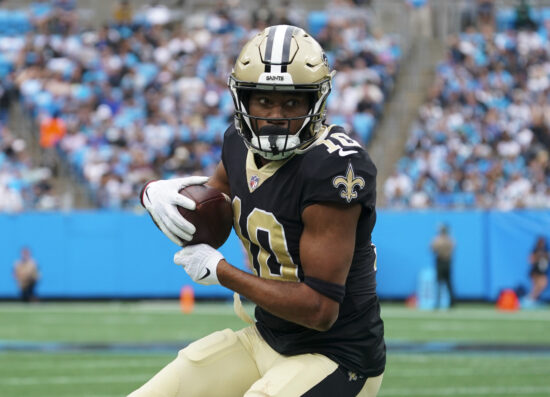 This weekend, the NFL is coming to the United Kingdom. Tottenham Hotspur Stadium in London is where the Vikings vs Saints Week 4 game will take place. Oddsmakers see the Vikings as the favorites in this game, despite the fact that they will miss one of their best players – running back Dalvin Cook – on Sunday.

They believe that even without him, Minnesota’s offense will be able to do just enough to beat struggling New Orleans. But what do we think? To see our prediction, make sure to read this Vikings vs Saints preview until the very end.

The Vikings Hopeful of Winning their Third Game in London

This is going to be Minnesota’s third trip to London. In both of their previous two games of the NFL International Series, the Vikings won relatively comfortably. Oddsmakers think they’re going to do it again, the main reason probably being that the Vikings are 2-1 in the 2022 NFL season.

They started the season with a home win against the Green Bay Packers (23-7). It sure seems great, but the Packers do tend to start their seasons slowly. In Week 2, Minnesota suffered its first loss of the season – the Eagles beat them 24-7 in Philadelphia.

The Vikings got to their second win of the season last weekend when they defeated the Detroit Lions 28-24. The reason why this isn’t such a great success is that the Lions are a team that went 3-13-1 last season. Meanwhile, Minnesota’s next opponent, the New Orleans Saints, went 9-8 in the 2021 season.

Beating the Saints wouldn’t be easy even if they played at home, with all of their key players fit. However, the Saints vs Vikings is played in London and Minnesota is going to be without a couple of important players most notably, their arguably best runner, Dalvin Cook.

New Orleans’ Offense Must Do Better

The Saints are 1-2 in the 2022 season, the main reason for which is that their Jameis Winston-led offense has been underachieving. With just 24 points in total in the last two games, they’re among the least productive teams in the NFL.

On the bright side for the Saints, their defense has been decent, even though they faced some really tough opponents. In Week 2, for instance, they held the Tampa Bay Buccaneers to just 20 points. Unfortunately, that wasn’t enough for a win, as the Saints’ offense produced just 10 points.

We expect their defensive team to continue playing well. That said, Minnesota probably isn’t going to score too many points in London. However, the Saints’ offense isn’t giving us any confidence. But, if they could do better, the Saints would get to .500.

We doubt this game is going to make Londoners fall in love with American football. Instead, we worry that Saints vs Vikings could turn out to be a snooze fest, with only a touchdown or two on both ends.

That said, “under 44 points” looks like a very good bet. And with a limited number of points scored, the Saints will probably be able to cover the spread. They probably aren’t going to lose by more than a field goal (if they lose at all).