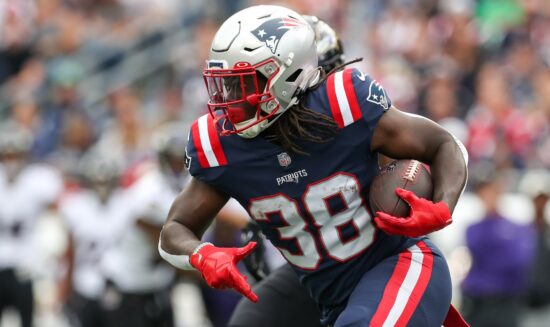 If you’re looking for the best NFL predictions for the Lions vs Patriots game – look no further! – Vegas Odds has you covered.

This Week 5 game features a matchup between the 1-3 Lions and the 1-3 Patriots.

The Lions had yet another game in which the offense performed exceptionally well, but the defense fell apart. Despite missing multiple key offensive pieces, including starting running back DeAndre Swift, and top wide receivers Amon-Ra St. Brown and D.J. Chark, the Lions managed to score 45 points. Tight end T.J. Hockenson filled in the gaps, finishing with a monster performance of 8 catches for 179 and 2 TDs. Jared Goff has been having a great season so far for Detroit. He ranks 8th in the NFL in QBR, and boasts his first 100+ passer rating since 2018 on the Rams. The Lions should get some of their injured offensive players back next week.

While the Lions offense once again thrived, the defense was abysmal. Detroit has allowed 141 points to be scored in their first 4 games, 1 more than the 140 they’ve scored themselves. Both numbers lead the league by a wide margin, but the points allowed is the part that’s been preventing the Lions from improving much over the past 5 seasons.

For the Lions, giving up more than 35 points per game is a massive concern, only further mitigated by the fact that they’ve faced mostly mediocre offenses so far this season. 2022 2nd-overall pick Aiden Hutchinson has 3 sacks in 4 games, but otherwise the Lions haven’t had much success at any level on defense. They need major improvement.

The Patriots entered their Week 4 game on Sunday with backup quarterback Brian Hoyer starting, after starter Mac Jones suffered an ankle injury in the previous week. However, early in the game, Hoyer would suffer an injury of his own, causing the Patriots to turn to 2022 4th-round pick Bailey Zappe at quarterback. Zappe played surprisingly well, finishing 10 for 15 for 99 yards and a touchdown. While New England eventually came up short against the Packers in overtime, the start by Zappe was promising for the Patriots with the statuses of Jones and Hoyer in question. Nevertheless, the Patriots brought in free agent QB Garrett Gilbert for some extra depth.

Bailey Zappe wasn’t the only 2022 4th-round pick on the Patriots to make an impact on Sunday. Cornerback Jack Jones got some meaningful snaps with injuries plaguing New England’s secondary. It was Jones’ second game of the season, and he finished with 7 total tackles and, most notably, an interception off Aaron Rodgers that he returned for his first NFL touchdown. The Patriots defense has been strong as a whole this year, but they couldn’t stop Rodgers down the stretch in overtime. They’ll need to do a better job of getting the opposing offense off the field in Week 5 to save some energy and avoid another late-game loss.

The Lions are always an interesting team to watch because their offense is so good and their defense is so bad. It makes it interesting to see how the opposing team will do on both sides of the ball. It’ll be a great opportunity for Zappe to gain some experience against a softer defense, but also a significant test for a banged up Patriots defense. In the end, I think the Lions will prevail, especially if they get the return of running back DeAndre Swift and wide receiver Amon-Ra St. Brown in this game.

Fantasy Football Freebie: Patriots 2nd-year running back Rhamondre Stevenson has seen his usage ascend each week so far this season. He had 8 carries in week one, 9 in week two, 12 in week three, and then 14 in week four. He also got more involved in the passing game each week. The Lions defense is notoriously soft, especially against the run. I expect Stevenson to feast in this one.