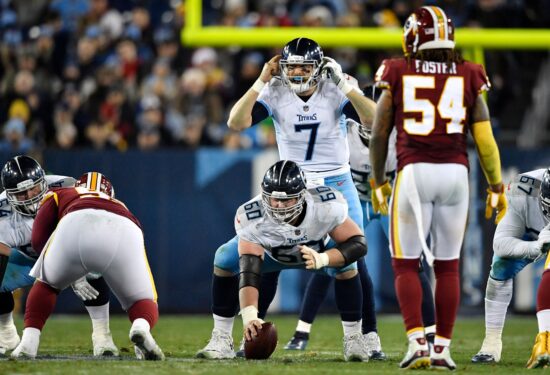 If you’re looking for the best NFL predictions for the Titans vs Commanders game – look no further! – Vegas Odds has you covered.

This Week 5 game features a matchup between the 2-2 Titans and the 1-3 Commanders.

Titans Back on Track

After a less than ideal 0-2 start to the season, the Titans have won their last two games and gotten back to the .500 mark. Last year, Tennessee finished 12-5 with the #1 seed in the AFC conference. After another disappointing playoffs, the pressure has been raised even more this year, with the window of 28-year-old running back Derrick Henry’s prime beginning to close. Henry was the biggest difference maker in the Titans two wins this year. In the Week 1 and 2 losses, he accumulated a total of 107 yards and 1 TD. In the wins in Weeks 3 and 4, he finished with 290 total yards and 2 TDs. Henry has a tendency to improve each week as the season goes.

Henry’s role has grown even larger this season following the departure of top wide receiver A.J. Brown over the offseason. In Sunday’s win, Henry accumulated 152 total yards, 15 more than quarterback Ryan Tannehill. While Tannehill was efficient, going 17 for 21 for 137 yards and 2 TDs, he wasn’t able to get much going downfield. The Titans offense is relying on Henry more than ever.

On defense, Tennessee had an all-around strong performance against the Colts. They finished the game with 5 tackles for loss, 3 sacks, 3 passes deflected, 2 fumble recoveries, and 1 interception. The Titans rapidly improving defense could be their key to beating the Commanders this week and getting back to the playoffs this season.

After a strong win against the Jaguars in Week 1, Washington has completely fallen apart. Having now lost three consecutive games, the Commanders are in desperate need of a bounce-back win. Their last two games were especially putrid, losing by a combined 49-18 score against two division rivals, the Eagles and Cowboys. Washington returns home for Week 5, but will face an improved Titans defense. Quarterback Carson Wentz had another awful game on Sunday, finishing with just 170 yards on 42 pass attempts, plus two costly interceptions. Wentz has a 35.7 QBR on the season so far, the worst of his career, and good for one of the worst in the league.

The Commanders haven’t fared much better on defense, either. What was not too long ago their strong suit and calling card has become another major weakness. Dynamic defensive end Chase Young’s recovery has turned from weeks to months into years, and Washington has shown no signs of improvement on defense in their other positions. They currently rank 4th in the NFL in points allowed, giving up nearly 27 points per game. The Commanders are rapidly becoming one of the favorites to land this year’s 1st-overall draft pick, which they’d be smart to use on a new franchise quarterback to replace Carson Wentz.

This is another matchup where neither team inspires much confidence on a weekly basis. That being said, the Titans are on the mend, and a matchup with the flailing Commanders is just what they need to take back control of the AFC South division. Washington may be at home, but this spread is much too generous to a team that has lost their last three games by an average of 13 points per game. I like the Titans to get the win here pretty easily.

Fantasy Football Freebie: Derrick Henry continues his career-long pattern of starting out the season slow and then heating more and more each week. With A.J. Brown in Philadelphia, and rookie wide receiver Treylon Burks battling turf toe, expect Henry to once again be the center of the Titans offensive plan against a weak Commanders defense. He’ll be involved in the passing game as well.