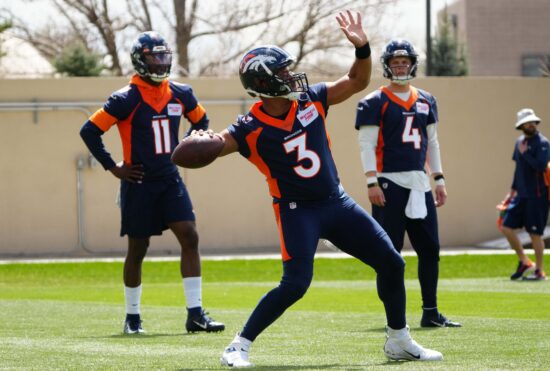 The full schedule for the 2022 NFL season has been released. On Thursday, May 12, the league officials published the 272-game schedule for the regular season, as per which, each team will play 17 games.

The season kicks off on Thursday, September 8 at So Fi Stadium in Los Angeles, where the reigning Super Bowl champion will welcome the #1 favorite to win the Super Bowl LVII. The regular season will wrap up on January 8, 2023, while the playoffs start six days later, on January 14.

The grand finale to the 2022 NFL season comes with the Super Bowl LVII on February 12 at State Farm Stadium in Glendale, Arizona.

Super Bowl Champs Kick Off the Season at SoFi Stadium

Some six months after the Los Angeles Rams won the Super Bowl at SoFi Stadium, the same venue will host the 2022 NFL Kickoff Game. The Rams start their Lombardi trophy defense with a clash with the top favorite to win the Super Bowl this season. The team in question is the Buffalo Bills.

The season opener looks like one of the hottest matchups of the 2022 season, although the Rams will have to face many other heavyweights this year. In fact, based on the opponents’ records last year, the Rams are the team with the toughest schedule in 2022.

In addition to playing the Bills in Week 1, Matt Stafford & Co. will have to play against the Arizona Cardinals twice, as well as two times against the San Francisco 49ers and Seattle Seahawks. They also play one game against Tom Brady’s Buccaneers, as well as against Russell Wilson and the Broncos.

Russ Wilson Coming Back to Seattle

On March 16, 2022, Russell Wilson left the Seattle Seahawks after 10 seasons at Lumen Field. However, he’s coming back to Seattle straight away – his new team is taking on his old one in Week 1.

In the first Monday Night Football game of the season, Russell Wilson’s new team – the Denver Broncos – is coming to the Pacific Northwest to take on the Seahawks.

Wilson’s homecoming is the biggest story of the first MNF game of the 2022 season, but he might not be the only quarterback playing against his former teammates. As a reminder, Wilson’s trade involved Drew Lock moving from Denver to Seattle. Depending on how Lock performs during the offseason, we could see him in the role of the starting quarterback in Week 1.

Triple-Headers on Thanksgiving and Christmas Day

Traditionally, there are three games on Thanksgiving Day every year. In 2022, Turkey Day falls on November 24, when we’ll see the Bills travel to Chicago to take on the Lions, as well as the Giants going to Dallas to lock horns with the Cowboys. The Patriots at the Vikings is the last game of the day.

This year, the NFL will also give us a triple-header of Christmas. The Packers take on the Dolphins in Miami in the first game of the day. Next comes the clash between the Rams and the Broncos, while the Buccaneers at the Cardinals game wraps up the Christmas Day action.

This season, we’ll also see some NFL teams travel abroad. In fact, the 2022 International Series will feature five games – four in Europe and one in Mexico.

Top NFL betting sites have already published the Vegas odds for Week 1 games of the 2022 season. The early odds see the Rams as the favorites in the NFL Kickoff Game against the Bills. Still, the oddsmakers are giving the Super Bowl champions only a one-point advantage.

The Kansas City Chiefs are three-point favorites against the Arizona Cardinals in what should be another barnburner. The same day, the Green Bay Packers are taking on the Minnesota Vikings, which the oddsmakers see as two-point underdogs. A day later, the Broncos are coming to Seattle as four-point favorites in the first MNF game of the season.

The Indianapolis Colts are seen as the biggest favorites of all the teams in Week 1. They’re given a -7.5 point spread against the Houston Texans.