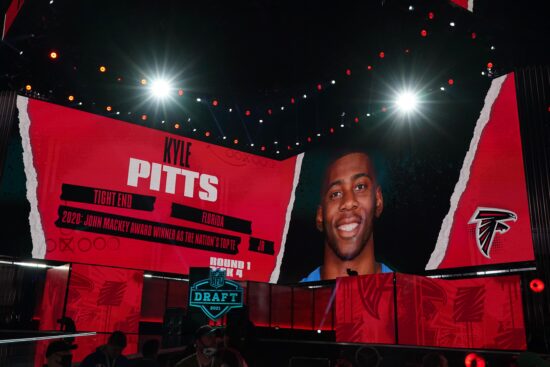 There’s no doubt that the 2020 season didn’t go well for the 4-12 Falcons, but there are a few reasons to feel more positive going into next season.

Winning the division is going to be tough when the reigning champs have managed to keep their roster together, but there’s every reason to think that the Panthers and the Saints will be there for the taking.

The Falcons will be familiar with Jameis Winston who’s the assumed starter in New Orleans and surely they’ll take a step back, while Carolina are relying on Sam Darnold being better than Teddy Bridgewater.

The Falcons are a team to be feared when you look at their offense, with Julio Jones, Calvin Ridley and the number 4 overall pick Kyle Pitts all being players who are worthy of demanding double coverage.

There may be a concern that Jones gets traded which would be a blow, while there’s a lack of depth of obvious depth on defense, so they’ll need the rookies to have an immediate breakthrough if they are to go to the playoffs.

Atlanta need their offense to get off to a fast start if they want to challenge this year, but there are winnable games in their opening few fixtures that could allow them to do that.

If they can come back from the UK after the bye with a record of 3-2 or better then they could be in business.