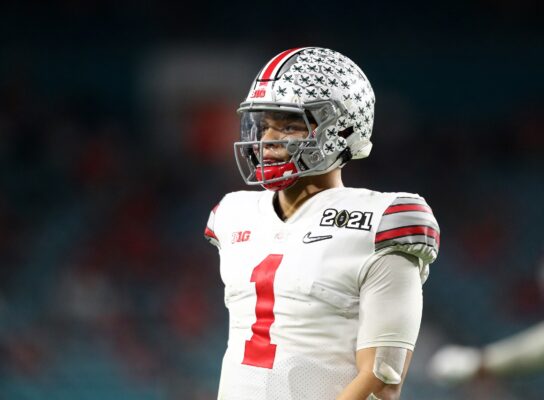 There’s nothing to really ruin the hopes of an entire fanbase quite like putting out a tweet of Andy Dalton with the caption “QB1” next to it.

They managed to completely turn those hopes around in the draft as they traded up to number 11 to take Justin Fields, and all of a sudden it looks like there is something to be excited about with this offense.

Allen Robinson is a genuine top-level receiver who’ll command the attention of the defense, while efforts were made to improve the O-line and the dual threat of Fields could also open up the game on the ground too.

The defense has been the reason they were still competitive over the past couple of years and that doesn’t look like it will change, while they could even get better if the offense isn’t consistently going three and out.

This division will be wide open if Green Bay continue to implode with the Aaron Rodgers situation, but it might be a bit much to expect the rookie to turn it all around in one season:

All Chicago fans will really want to know is when will Fields get his chance, but throwing him in against the Ravens after the bye week would be a true baptism of fire and it might also be too late.

Week four against the Lions might be a suitable fixture but it could also come too soon, so it will be fun to see how they manage that one.